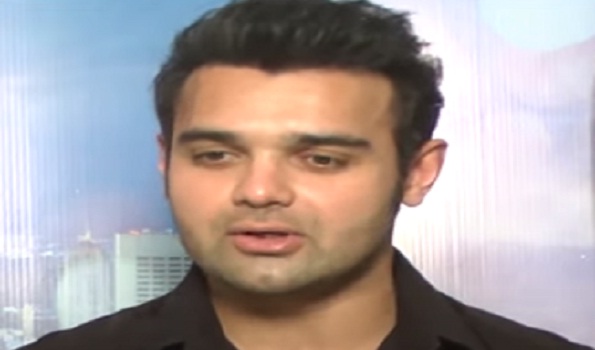 Saturday, 17 October 2020 (17:48 IST)
Mumbai: An FIR was registered against veteran actor Mithun Chakraborty's son Mahaakshay and his wife Yogeeta Bali for the rape and coercion of a girl, the city police said on Saturday.
In a complaint, the victim stated she was in a relationship with Mahaakshay since 2015 and his mother promised to marry her.She further said that in the year 2015, Mahaakshay called her at his home and drugged her with a soft drink.
Last four years, Mahaakshay continued to have a physical relationship and when she was pregnant, he pressurised her to get an abortion. As she disagreed, he gave her some pills and got the child aborted.
The victim was also threatened by actor Mithun Chakraborty's wife and warned to dismiss the case, the victim stated in her complaint.However, no arrest was made so far, police added.UNI

Watch The trailer of Rajkummar Rao and Nushrratt starrer "Chhalaang"

Watch The trailer of Rajkummar Rao and Nushrratt starrer "Chhalaang"

Pankaj Tripathi shares his favorite dialogue from Mirzapur, which one's your favourite? Let us know!