Onto the next! Jacqueline Fernandez jets to Rajasthan for Bachchan Pandey shoot 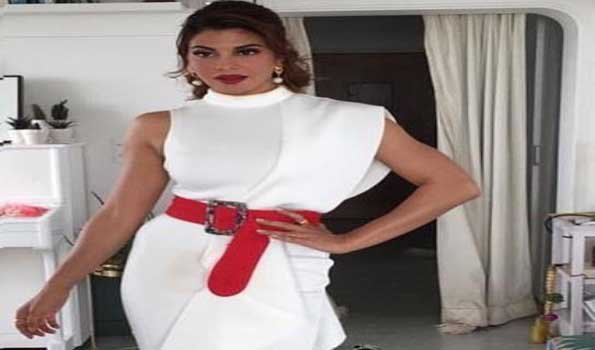 Wednesday, 17 February 2021 (17:10 IST)
Jacqueline Fernandez lands in Rajasthan to commence the shoot schedule for Bachchan Pandey. This is her first shoot schedule for the film and these social media stories are proof that the actress is thriving through strenuous shoots.

On an early morning flight that Jacqueline boarded with her team, jetted to Rajasthan. The actress posted an update on her social media.

The actress will be sharing screen space with co-star Akshay Kumar after Housefull 2 and 3. She now has 4 big buck films on her plate and is having packed schedules of shoot lined up one after the other. Jacqueline was on sets of Bhoot Police and Cirkus through January.

The lineup she has is second to none, starring alongside big names of the industry she will be treating her fans with some great films. Cirkus, a directorial of Rohit Shetty with Ranveer Singh, Bhoot Police alongside Saif Ali Khan, Yami Gautam and Arjun Kapoor also Kick 2 opposite Salman Khan and the recent announcement of Bachchan Pandey makes it to the big-ticket lineup.

“I spend an hour doing the house chores”, Jacqueline Fernandez opens up on living independently

This man will play antagonist in Akshay Kumar's "Bachchan Pandey"