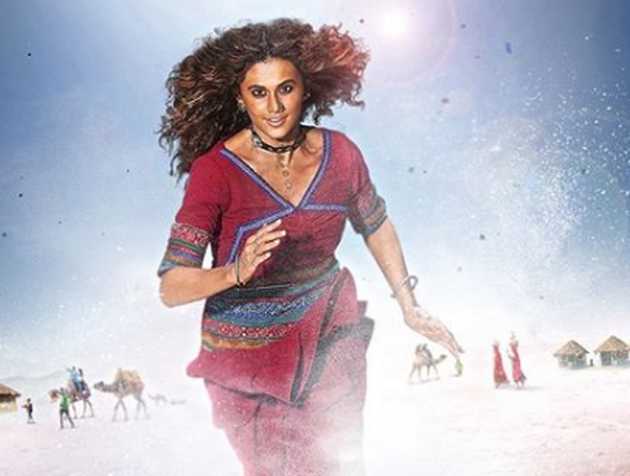 Following the story of a young girl, who hails from a small village but is blessed with an incredibly large gift, ‘RASHMI ROCKET’, directed by Akarsh Khurana, is based on an original story by Nanda Periyasamy.

The poster gives viewers a quick glimpse of the adrenaline packed narrative in store, while Taapsee is the perfect picture of grit and determination.

The story follows the tale of ‘ROCKET’, who finally gets the chance to realize her dream and compete professionally, only to realize that the race to the finish line is peppered with many hurdles. What seems like an athletic contest turns into her personal battle for respect, honour, and even her very identity.

Says Taapsee Pannu, “This film is very differently special. I’ve always been approached when either the script or the director is ready to make the film but one line of this story fell in my lap in Chennai and then from there to it becoming a full-fledged film has been a feeling I haven’t experienced with any other film before. Everyone was just so sure about the story from day 1 that it was never a tough job to convince any of the stakeholders to join hands and give their best for this film. Hence the result of this film will affect me a lot more than my other films. Also, I’m extremely proud of it.”

Adds director Akarsh Khurana, “As a viewer, I've always been fond of courtroom dramas, mature romances, and sports films. As a storyteller, I've always been drawn to characters on journeys, both external and internal. This film gave me the unique and exciting opportunity to work on something that had all of these elements, with a fantastic ensemble of actors.”

Radhika Apte receives the WARMEST welcome in Dehradun. Read to know how

Nushrratt Bharuccha spends quality time with her parents before heading to a shoot!