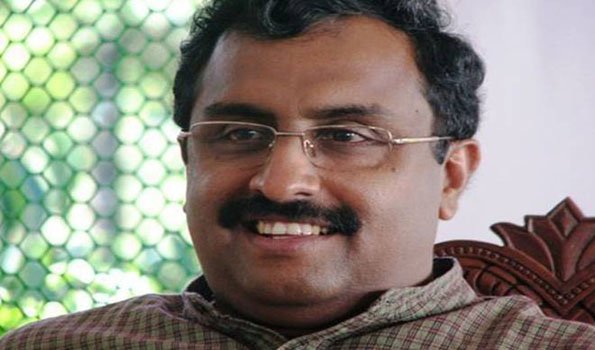 Post the launch of the book, ‘Kitaab’ a literary initiative of Prabha Khaitan Foundation in association with ITC Sonar hosted an insightful discussion between Ram Madhav with Sangeeta Datta.

‘Because India Comes First’ delves into the decisions made by the BJP-led government over the last few years, diplomatic relationships with India’s neighbours and the confrontations with China.


The author enquires into Indian policymaking and asserts that going ahead, it must put India first.

He calls out liberal fascism, deconstructs our understanding of terrorism in India, argues that opposition to the Citizenship (Amendment) Act is intellectually dishonest, explores how learnings from Black Lives Matter can be applied in the Indian sphere and explains why protests should be rooted in Martin Luther King Jr.’s non-violent approach and not anarchy.

The essays in this volume weave a broad tapestry of India’s growth into a soft power and predict how it will shape up over the next few decades.

“Under the initiative ‘Kitaab’, Prabha Khaitan Foundation has curated literary sessions across the country and even in different parts of the globe. We feel delighted to launch Author & Indian Politician, Mr Ram Madhav’s latest book ‘Because India Comes First’ in Kolkata. In this book, he has penned his observations on Indian politics. Drawing from his years of involvement on political grounds, his essays in this book discuss a range of issues that are at the heart of contemporary debates in India”, said Manisha Jain, Communications & Branding Chief, Prabha Khaitan Foundation.

Kitaab provides a platform for authors to display and showcase their newest literary works before a discerning audience and the media through tastefully curated book launches.

They have hosted some of the greatest stalwarts from the world of words, even as they are focused on creating a platform for aspiring talent. Kitaab provides a platform for authors to display and showcase their literary works. Through Kitaab, Prabha Khaitan Foundation has launched books by renowned writers like Dr Shashi Tharoor, Vir Sanghvi, Pavan Verma, Salman Khurshid, Sunita Kohli & Anupam Kher to name a few. (UNI)