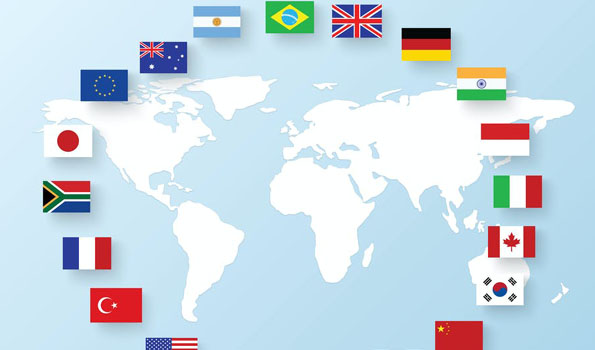 Friday, 21 May 2021 (22:35 IST)
Senior officials are joining a global health summit that is looking at ways to beat the coronavirus pandemic in some of the world's poorest countries. The IMF wants to close the vaccine gap between rich and poor.(PIC-UNI)
World powers and big business met in Rome on Friday to pledge millions of life-saving coronavirus vaccines and aid to help the poorest countries beat the COVID-19 pandemic.
German Chancellor Angela Merkel said "developing countries in particular need support now, in all areas, obtaining vaccines, diagnosticians, and improving their various healthcare systems."
"The pillar for providing vaccines is the COVAX program. We on the German side have pledged a further €100 million today from our budget, taking our total past €1 billion now."
Bill Gates, the billionaire founder of Microsoft and philanthropist, called on governments at the G20 event to stump up "dollars and doses" to help less wealthy nations ramp up their vaccination drive.
More than 80% of the first billion shots went to wealthy countries, compared to just 0.2% for low-income nations, he told delegates.
"If we do not close this immense gap, more people will die needlessly," Gates said.
IMF plan to boost vaccine drive

Kristalina Georgieva, the head of the International Monetary Fund, said the global lender of last resort had come up with a $50 billion plan to reboot the world economy after a year of lockdowns.
The IMF's goal was "to help bring the pandemic substantially under control everywhere for everyone's benefit," she said, adding that sharing vaccines would boost growth globally.
IMF officials say another aim is to vaccine at least 40% of the population in all countries by the end of 2021 and at least 60% by the first half of 2022.
"For some time we have been warning of a dangerous divergence of economic fortunes," Georgieva, formerly an EU commissioner, said. "It will only worsen as the gap widens between wealthy countries that have access to vaccines and poor countries that do not."
The IMF plan would use a mix of cheap government-backed loans, vaccine donations and technology transfers.
Pharma giants make dose pledges

Pharmaceutical giants that helped create the first coronavirus jabs also said they would help the world's poorest get better access to inoculations.
Pfizer, Moderna and Johnson & Johnson said they would offer around 3.5 billion vaccine doses at cost or discount price to middle and low income countries over the next two years.
US pharma giant Pfizer will deliver 2 billion doses "over the next 18 months", including 1 billion in 2021, its CEO Albert Bourla said.
Moderna's Stephane Bancel announced "up to 95 million doses" for 2021 and "up to 900 million" for 2022, including through the Covax vaccine-sharing program.
Paul Stoffels, vice chairman of Johnson & Johnson, said the company had a deal with Covax for up to 200 million doses in 2021, and was discussing "the potential supply of an additional 300 million ... for a combined total of up to 500 million doses". (AFP, AP, Reuters)

Why some states do better than others in tackling COVID