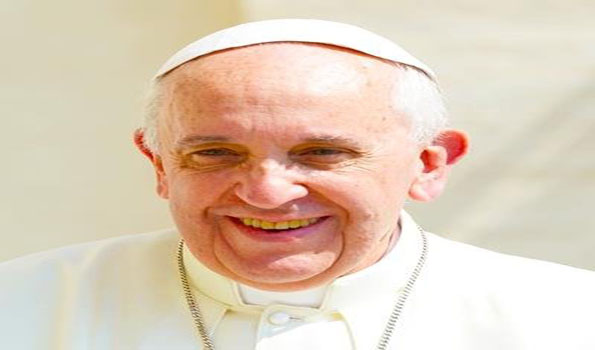 Friday, 5 March 2021 (22:34 IST)
Pope Francis arrived in Baghdad on Friday for a historic visit amid concerns over security and the spread of the coronavirus.

“This is an emblematic trip and it is a duty towards a land that has been martyred for so many years,” Francis told reporters.

“I am happy to be making trips again.”

The pontiff’s trip to Iraq is his first outside of Italy since November 2019.

Wooden boats on the shores of the Tigris river, palm trees, three children stand next to a canoe

Ahead of the visit, the 84-year-old pope was given a COVID-19 vaccine and Iraq heightened its security measures.

But a second wave of coronavirus infections has hit the country, resulting in some 5,000 new cases per day.

“I’ll try to follow directions and not shake hands with everyone, but I don’t want to stay too far,” Francis said before his arrival.

On his 4-day trip, the pope is set to visit four cities, including the former Islamic State stronghold Mosul.

He is also due to visit the southern city of Najaf to meet Iraq’s top Shiite Muslim cleric, a first for a pope.

Francis will also deliver Mass at a Baghdad church where Islamist militants killed at least 50 worshipers in 2010.

Iraq’s ancient Christian community has been reduced to a fifth due to terrorist attacks.

Security remains a concern in Iraq

Iraq has enjoyed some level of security since the defeat of the Islamic State militants in 2017. Yet, violence remains an issue, with frequent rocket attacks by Iran-aligned militias on US bases, and US military action in response.

On Wednesday, an airbase hosting US, coalition and Iraqi forces was hit by 10 rockets. Despite the attack, Francis confirmed his visit hours later.

In January, the Islamic State claimed responsibility for a suicide attack that killed 32 people.

Iraq has deployed thousands of additional security personnel to protect the pope on his visit.