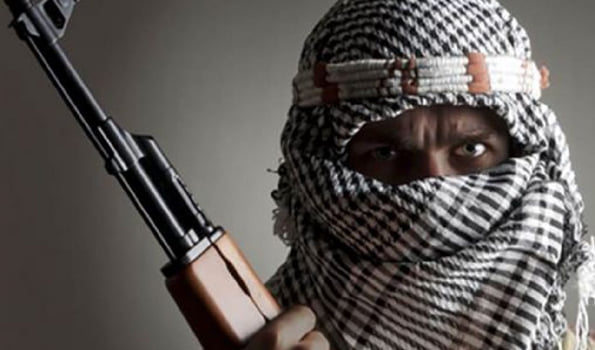 Sunday, 3 January 2021 (13:15 IST)
Niger's government says gunmen have killed more than 50 people in a suspected terror attack near the border with Mali. The onslaught comes amid election uncertainty.(PIC-UNI)
Suspected militants stormed two villages in western Niger late Saturday, killing at least 56 civilians and wounding 20 others, Interior Minister Alkache Alhada said.
The suspected terror attack took place in the villages of Tchombangou and Zaroumdareye, near the border with Mali, Alhada said.
Security sources cited by Reuters news agency said as many as 70 civilians had been killed.
Niger, located in the troubled Sahel region, has seen a rise in attacks by extremist groups vying for territory. Violent attacks near the country's western border with Mali and Burkina Faso, and the southeastern border with Nigeria, killed hundreds of people last year.
Partial election results
It comes as the West African country counts the results of an election held last week.
A partial tally of ballots announced on Saturday put the Nigerien Party for Democracy and Socialism in the lead but a runoff poll in February will be required after the country's ruling party candidate failed to secure enough votes in the first round.
Ruling party candidate Mohamed Bazoum secured 39.6% of the vote, while ppposition candidate Mahamane Ousmane won 16.9%. Ousmane was Niger's first democratically elected president until he was ousted in a coup in 1996. Bazoum is an ally of President Mahamadou Issoufou, who is stepping down after two terms.
Mali: Targeted attack kills two French soldiers
The attack came just days after three French soldiers were killed in Mali by the al-Qaida-linked Group to Support Islam and Muslims (GSIM).
Two French soldiers were killed in northwestern Mali when their vehicle hit an improvised explosive device on Saturday, according to the French presidency. A similar attack on French troops based in Mali killed three troops just days earlier.
French President Emmanuel Macron expressed grief over the deaths of Sergeant Yvonne Huynh and Brigadier Loic Risser in the Menaka region, his office said in a statement. Another soldier was wounded in the blast, it added.
Huynh, 33, was the first female soldier sent to the Sahel region since the French operation against Islamists began there in 2013.
Both Huynh and Risser were members of a regiment specializing in intelligence work.
"Their vehicle hit an improvised explosive device during an intelligence mission," the French presidency said of Saturday's incident.
Battle against jihadis
Around 5,100 French troops are stationed across the Sahel region and have been fighting jihadi groups alongside soldiers from Mauritania, Chad, Mali, Burkina Faso and Niger, who together make up the G5 Sahel group.
The al-Qaida-linked Group to Support Islam and Muslims (GSIM) had claimed responsibility for an earlier attack that killed three French soldiers in central Mali.
The group, the main jihadist alliance in the Sahel, says the main reasons for its continued attacks on French troops is France's military presence in the region as well as the publication of Prophet Mohammad's by a French newspaper and Macron's defense of them in the name of freedom of expression.
President Macron has affirmed France's determination to continue its role in "the battle against terrorism."
Last month, France said its forces killed Bah ag Moussa, a leader of al-Qaida's North Africa wing, during an operation in northeastern Mali.
In November, French forces killed 50 terrorists linked to al-Qaida central Mali.