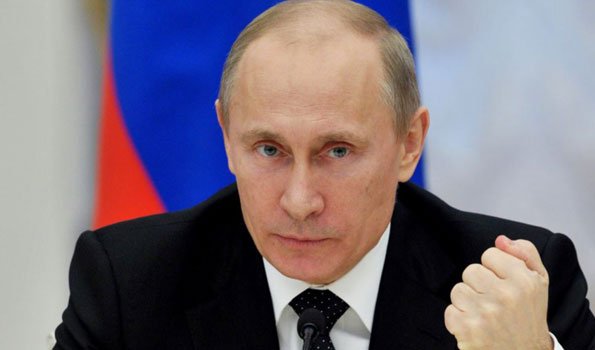 Monday, 21 June 2021 (18:20 IST)
Berlin:The perception of Russian President Vladimir Putin in the West has long turned into that of a fictional character, a "projection of evil," German journalist, writer and documentary filmmaker Hubert Seipel told Sputnik in an interview.
In his new book, "Putin's Power: Why Europe Needs Russia" ("Putins Macht: Warum Europa Russland braucht," published in 2021 by Hoffmann & Campe, Hamburg), Seipel analyzes Russia's foreign policy in the recent years and its implications for the relations between Moscow and the West, as well as for the crisis-ridden international relations on the global scale.

"Vladimir Putin has long become a fictional character in the West because of his long tenure in power. A projection of evil. He saw five US presidents come and go. The owner of the Elysee Palace in France changed four times... The Western media has been writing political obituaries for years, but he is still there. Only [German Chancellor] Angela Merkel has been in power for an equally long period of time," Seipel said.

According to the journalist, the statement that there is a "constant struggle" between the West and Russia certainly rings true. He stressed that there has been an ongoing geopolitical struggle after the collapse of the Soviet Union, exacerbated by "historical traumas" as countries, such as the Baltic states, strive to establish own national identities.

Seipel noted that this confrontation with the West will most likely continue, taking into account the Biden administration's ambition to put the US back at the head of the table and Washington's' designation of Russia and China as enemies.

"For us in Europe, the question is: will we continue to view ourselves as a political service provider for the global interests of the United States, or will we represent our own ideas?" Seipel remarked.

At the same time, he noted that the Putin-Biden summit in Geneva was "an attempt to resume normal political communication."

US and Russian presidents met on June 16 in Geneva, where they agreed to launch strategic stability consultations and adopted a joint statement reaffirming commitment to the 1985 Gorbachev-Reagan formula that a nuclear war cannot be won.(SPUTNIK)

Vladimir Putin signs law allowing him to rule till year 2036

As per new amendments,Prez Vladimir Putin to extend his rule till 2036