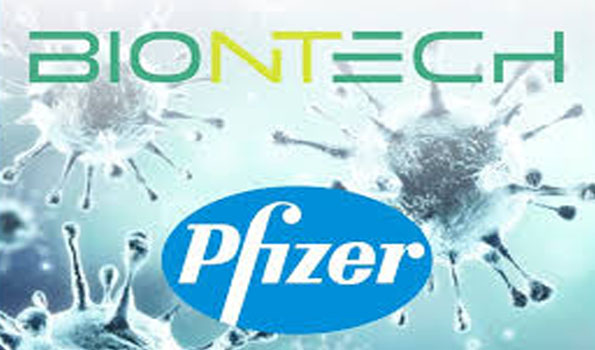 Friday, 22 January 2021 (20:39 IST)
Brussels: At least 135 cases of side effects after using the Pfizer/BioNTech vaccine have been recorded in France, and nine elderly people have died after getting a vaccine, but the link between vaccination and the deaths has not been established, French National Agency for Safety of Medicines and Health Products (ANSM).

According to the agency, most of the 135 side reactions “are related to the expected or non-serious consequences,” such as fever, a headache and nausea. In total, 31 cases of serious side effects were recorded, including four cases of tachycardia. ANSM made assurances that these cases will be investigated further.

“Nine deaths were recorded among these serious cases. These were elderly people living in nursing homes, they had chronic diseases, and their treatment was difficult. Taking into account the data available to date, there is no reason to believe that these deaths are related to the vaccination,” the statement said.

The agency noted that it had not received any reports of side effects from the Moderna vaccine.

The vaccination campaign in France, launched on December 27, has decelerated since last week. However, according to the latest data from the health ministry, over 823,000 French nationals have so far been inoculated against COVID-19, out of the 1 million citizens the government was planning to vaccinate by the end of the month. (UNI)

Beating India at home ‘a far higher thing’ for England than winning Ashes away: Swann

Biden ditches mask at Lincoln Memorial hours after mandating them

Reports say Japan privately concludes Tokyo Olympics should be cancelled due to COVID-19, but government denies it