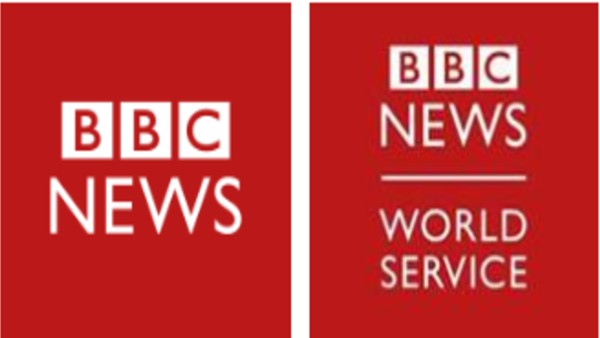 Thursday, 15 October 2020 (21:42 IST)
On US Election night – 3 November – BBC News will be reporting the race as it unfolds with live results and expert analysis from London and the US.Katty Kay and Andrew Neil will be leading the BBC US Election 2020 programme on BBC World News from 11.30 PM GMT.
Katty will be broadcasting from Washington with Andrew providing analysis from London. Katty and Andrew have both played major roles in the BBC’s US election coverage in the past, co-hosting the results night coverage together in 2016.

Jon Sopel and Clive Myrie will be with the Trump and Biden campaigns on election night, with BBC reporters including Emily Maitlis and Nick Bryant in the crucial battleground states and a panel of expert political strategists assessing how the night unfolded, how the campaign was lost and the impact the US electorate’s decision will have on the years ahead.

BBC WORLD SERVICE INDIAN LANGUAGE SERVICES In the run up to the US elections BBC News Hindi will be reporting in-depth analysis on a number of topics that will impact the Indian and larger South Asian diaspora living in the US.

Highlights will include how Republican and Democratic immigration policies will affect the diaspora, the role played by Indian and Pakistani financiers that support the election campaigns, and the impact on the Indian-American community following the rise of Narendra Modi’s right-wing government in India. Coverage will also look at the difference between first and second generation Indian-Americans and their experiences during the Trump presidency and the challenges faced by female politicians of South Asian origin in this election campaign as Kamala Harris fights for her Vice President campaign.

BBC US Election 2020 will feature big-screen graphic analysis from Christian Fraser, and Tina Daheley will also be bringing audiences news bulletins throughout the night.

Katty Kay says: “The 2020 US election cycle has been endlessly surprising, which is fitting for a year that’s been anything but normal. It will be a hard-fought contest right to the end, and I’m excited to bring global BBC audiences the story on election night and in the days after. When trustworthy information is hard to come by, we at the BBC are committed to fairly and accurately reporting events, whatever happens.”
Andrew Neil says: “This has been a presidential campaign like no other in the long history of America’s democracy. And not just because it’s being fought in the midst of a pandemic. In many ways it’s turned into a referendum on Donald Trump. Do you want to continue with four more years of the Trump rollercoaster? Or would you prefer a return to something approaching normal with mainstream Democrat Joe Biden? That’s the choice Americans must make on November 3rd.”
BBC Head of Newsgathering Jonathan Munro says: “The US Presidential election is one of the world’s most important political events, and always has a big impact on politics across the world. Our goal is to make sure that we provide our audiences with the complete picture over the next three weeks. On election night, Katty and Andrew will bring an incredible level of experience, knowledge and authority from both sides of the Atlantic.
Audiences will be able to follow all the action on the BBC News website’s dedicated US Election live page for all the latest updates in the run up to the election, on results day itself and after. There will also be live maps tracking results for the presidential, Senate and House of Representatives races.
On Wednesday morning, coverage will see Laura Trevelyan taking over in Washington, and Matthew Amroliwala in London from 9 AM GMT on BBC World News.
ADDITIONAL HIGHLIGHTS
Presidential debate coverage
The second presidential debate in Nashville, Tennessee will be live on BBC World News with Katty Kay presenting in Washington. Friday 23 12.30am GMT / Thursday 22 October 20.30 ET.
REALITY CHECK and disinformation
The BBC anti-disinformation team, made up of journalists from the BBC World Service’s BBC Trending and BBC Monitoring, and BBC News’ Reality Check, will be following and regularly responding to election disinformation during the campaign period.
The team will also be pursuing stories looking at what role online foreign interference could play in the election and how QAnon conspiracy theories may affect voters – as seen in the latest special report by the BBC specialist disinformation reporter Marianna Spring.
The team will also be producing a roundup of major disinformation election themes ahead of 3 November, and BBC Reality Check will be live fact-checking all the presidential debates. Audiences can follow on bbc.com.
The BBC also is part of the Trusted News Initiative, an industry collaboration of major news and global tech organisations working together to stop the spread of disinformation where it poses risk of real-world harm. In the weeks leading to polling day, partners will alert each other to disinformation which poses an immediate threat to life or to the integrity of the election so that content can be reviewed promptly by platforms, whilst publishers ensure they don’t unwittingly republish dangerous falsehoods.
Americast
Americast, the US political podcast with Jon Sopel, Emily Maitlis and Anthony Zurcher will be broadcast on BBC World News every Saturday at 3:30 AM GMT from 17 October and every Sunday at 5.30 PM GMT from 18 October.
The Weekend Documentary: The TikTok Election
TikTok began the year as an app for lip-syncers, dancers and comedians. It will not only end it as a campaign issue at the core of President Trump’s re-election bid; it may well forever change the face of digital political campaigning.  It isn't just shaping the election narrative – the debate over its ownership and Chinese ties now means it’s actually part of it. The BBC World Service’s Sophia Smith-Galer looks at the unfolding events surrounding TikTok and the role it is playing in the election.
Airs Sunday 18 October, 1pm GMT on the BBC World Service. Also on the BBC World News channel Friday 23rd Oct, 10.30pm GMT, Saturday 24th Oct, 3.30am, 10.30pm GMT, Sun 25th Oct, 5.30pm GMT
What the World Wants from America
On October 20, the BBC will be exploring What the World Wants from America in a day of coverage, including whether President Trump’s “America First” strategy has changed the world, and what the result of the election will mean for America’s friends and foes.
BBC Monitoring will be reporting on the regional shifts and identifying the new powers to test whether a Trump presidency has allowed them to exercise more muscle and influence. Lyse Doucet will be in Kabul looking at the impact of the Trump presidency on security and livelihoods in Afghanistan and BBC correspondents across the world will be meeting the people on the receiving end of the changes to global politics under President Trump. Are they feeling poorer, less secure? Or are others filling the aid and trade gaps?
What the World Wants from America – in 42 languages across the day on the 20th October across the BBC World Service, BBC World News and bbc.com.
The Trump Effect: How He Changed America
After four years in office, Nick Bryant will explore how President Trump has changed the Presidency, and the country.Airs on BBC World News on Saturday, 24th October, 1.30 AM, 2.30 AM GMT; Sunday, 25th October, 8.30 PM GMT

BBC WORLD SERVICE ENGLISH
In the run up to the election, news and business programmes across the schedule will be keeping listeners up to speed with all the latest stories and analysis. In addition to the election night programming, the BBC World Service will also be making changes to the schedule on the Wednesday and again the following weekend to bring reaction, analysis and any developments.  Other highlights in the run up include:
When Katty Met Carlos
BBC World Service’s new podcast and radio programme examines the issues at the heart of the election. Presented by the BBC’s Katty Kay from World News America, and journalist and OZY Media co-founder Carlos Watson, the series will discuss the themes reshaping America’s future, the deep under-currents deep below the daily electioneering that are changing America and the world.  Together Katty and Carlos are inviting each other and their guests to think again about how much we understand America.Podcast released weekly on Fridays.
BBC AFRICA
BBC Africa will look at how the US elections will affect Africans living in the US and diaspora. Highlights include:
Opioid crisis in the US
Opioid abuse was a key issue during the 2016 election campaign, and still exists. Victoria Uwonkunda looks at how opioid addiction affects the Somali community in Minneapolis.15 October across TV & Digital
African-Americans that have returned to Africa and the voteA number of African Americans have moved to Ghana to build a new life. Thomas Naadi speaks to some of them to find out their opinions around the upcoming elections and whether they will be inclined to move back.
19 October across TV & Radio
How the change in Trump’s immigration policy affected those applying for visas
The number of green cards and visas issued to immigrants in the US has reduced. BBC Africa looks at how this affects immigrants and revisits a Somali family in Kenya that had a visa to move to the US and start a new life, before Trump’s change in immigration policy in 2017 put a sudden halt to that, leaving the family no other option than to stay in a refugee camp in Dadaab, Kenya.
Ferdi Ormondi reports on how the family’s lives have changed after the impact of Trump’s change in policy.20 October across TV, Radio & Digital
Africa’s relationship with the US
America’s position in the world has changed. In the last few years, Africa has become less of a priority for America. This has left a gap for China - now Africa’s biggest trade partner. Nomsa Maseko travels to Lesotho in Southern Africa to look at how Africa-US relations have changed foreign policy under Trump.22 October across TV & Radio

A day when Supreme court said, No means No, Be it Bihar polls or Promotion

Joe Biden to take on Donald Trump in US elections 2020

Bangladesh almost catching up with India's per capita Income