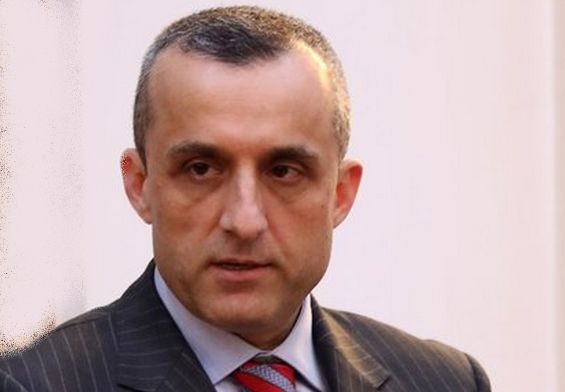 Friday, 27 August 2021 (15:07 IST)
Kabul: Amrullah Saleh, who has declared himself Afghanistan’s caretaker President, said that the Taliban's denying links to the Islamic State (ISIS) is identical to Pakistan's denial on the Quetta Shura, a militant group composed of leaders of the Afghan Taliban based within the city of Quetta in Balochistan province.

He said that every evidence in hand shows that the Islamic State –Khorasan, which claimed responsibility for Thursday’s deadly suicide blasts outside Kabul airport, have deep roots in the Taliban and the Haqqani network.

He said the Taliban have learned very well from their masters, meaning Pakistan.


“Every evidence we have in hand shows that IS-K cells have their roots in Talibs and the Haqqani network, particularly the ones operating in Kabul.

“Talibs denying links with ISIS is identical/similar to denial of Pakistan on Quetta Shura. Talibs have learned very well from the master, #Kabul,” he tweeted.

The deadly suicide blasts outside Kabul airport killed at least 90 people, including 13 US troops, and injured over 150 people. (UNI)

Fatigue, shortness of breath last a year for many Covid-19 patients, study reveals

Who are ISIS-K? The terror group behind Kabul attacks

13 US troops among 103 killed, over 1,300 injured in series of terrorist attacks in Kabul (VIDEO)

No proof that Osama bin Laden was involved in 9/11 attacks: Taliban