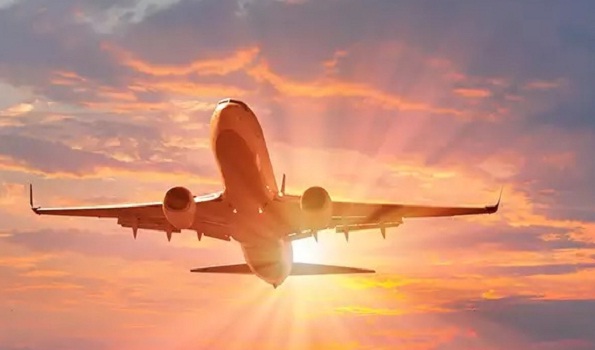 Tuesday, 24 August 2021 (16:50 IST)
Kiev: Ukrainian Foreign Ministry spokesman Oleg Nikolenko denied the reports that Ukraine’s plane had been hijacked in Afghanistan, saying all the country's planes had returned safely after evacuating 256 people from the beleaguered nation.

Earlier today, the country’s deputy foreign minister, Yevgheniy Yenin, said that a Ukrainian plane that was supposed to evacuate its citizens from Afghanistan was captured and used to transport other passengers.

"There are no captured Ukrainian planes in Afghanistan or anywhere else. The information on a 'hijacked plane,' aired by some media, is false," Nikolenko stated.


All Ukrainian planes have successfully arrived home, having evacuated 256 people from Afghanistan, the official added.

Yenin was talking about the general chaos at Kabul airport and the difficulties that diplomats faced trying to evacuate people. The Ukrainian foreign ministry is in constant contact with all its citizens still remaining in Afghanistan and devising ways so they can be safely evacuated, Nikolenko clarified.

The Taliban controls all border crossings into Afghanistan. The evacuation of foreign personnel and Afghans is carried out through Kabul airport, held by the military of the US and other NATO countries.

On August 15, the Taliban seized power in Afghanistan, causing the civilian government to fall. This prompted thousands of people to try to leave the country for fear of reprisals from the militants. Many countries have since started evacuating their diplomatic missions and citizens from Afghanistan. (UNI)