Assam: BJP to enact laws on ‘Love Jihad’ & ‘Land Jihad’ if voted back to power 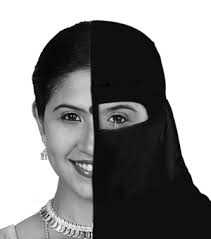 Tuesday, 23 March 2021 (14:46 IST)
Guwahati: Assam could become the first state in India to pass multiple law against ‘Love Jihad’ and ‘Land Jihad’ if BJP is voted back to power in the state.

In the manifesto released on Tuesday by BJP President J P Nadda, it is being stated that the party will formulate appropriate laws and policies to tackle and end the menace of ‘Love Jihad’ and ‘Land Jihad’ in Assam.

Notably, the law against ‘Love Jihad’ has already been passed by Uttar Pradesh to put a brake on inter-religion marriages between Hindu and Muslims.

It appears that Assam has added a new dimension of ‘Land Jihad’.

It may be mentioned here that the ruling BJP government had said that the government will go on the offensive against “land grabbing” as encroachments have not spared even monasteries (Vaishnavite Satras).

Assam Health Minister Himanta Biswa Sarma has already promised to go all out against illegal migrants in the 2021 assembly polls which he termed to be a battle to safeguard Assam’s civilization from illegal Bangladeshi infiltrators and “Miya culture”.

“We are going all out against ‘land jihad’. Certain elements have grabbed land from us in lower and middle Assam. They have not even spared the monasteries. This will feature in our manifesto,” he said while reiterating that the saffron party stands against radicalism, communalism and fundamentalism.

The manifesto also states to strengthen civilisation an Assam Deradicalisation Policy to identify and strictly quash organisations and individuals from fanning the flames of communal exclusion and separatism. (UNI)