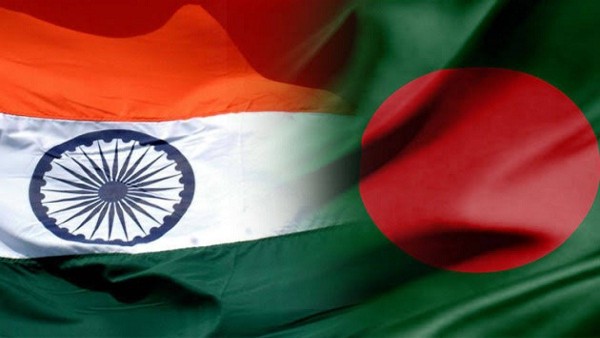 Thursday, 8 April 2021 (23:57 IST)
New Delhi:The Kolkata NIA Special Court on Thursday convicted a Bangladeshi national Rizual Islam aka Riyaz and sentenced him to seven years rigorous imprisonment (RI) in Ansarullah Bangla Team case with a monetary fine of Rs 36,000.
Rizual Islam, a resident of Kasimnagar of Khulna district of Bangladesh, has been sentenced under sections 120B, 121A, 125, 468, 471 of IPC, Sections 18 and 38 of UA(P)Act, Section 14 of Foreigners Act 1946.
The case was initially registered by STF Kolkata on November 21, 2017 and pertaining to arrest of five members of Ansarullah Bangla Team (ABT) in Kolkata.
“ABT is a proscribed terrorist organization in Bangladesh and four of the arrested members were Bangladeshi nationals along with an Indian national," the probe agency officials said.NIA took over this case March 1, 2018 and initiated investigation.
The NIA probe had revealed that Bangladeshi members of ABT had entered India in 2016 and were conspiring to commit terrorist acts in India.
“The accused persons had travelled and stayed at Hyderabad, Pune and Mumbai in the guise of laborers and tried to procure chemicals from a shop in Patna and were planning to establish hide-outs in Ranchi," the probe agency alleged in the charge-sheet.
They were also planning to procure arms and ammunition in Kolkata and several incriminating materials like map of Sealdah Railway Station, Howrah Bridge, literature on explosives and bomb-making, fake Adhaar Card, fake PAN Card were seized from the possession of the accused in the case, the charge sheet further read.
Apart from this charge sheet, the Special Court has already convicted two accused in this case, the NIA said.
NIA arrests terror suspect at Jammu airport after his arrival from Gulf

In a major breakthrough against those overseas perpetrators supporting terror activities in Kashmir Valley, the National Investigation Agency (NIA) on Thursday arrested a person after his arrival at the Jammu Airport in connection with a case of infiltration of militants in Poonch and smuggling of narcotics.
Officials in the probe agency said accused Shahid Naveed, who has been arrested upon his arrival in Jammu, is from Mendhar in Poonch district and is alleged to be a close associate of Sher Ali, the main coordinator and facilitator of terrorist activities of various groups in the area. Ali was arrested on February 17, and Naveed,s name came up during his interrogation, they added.
Both Ali and Naveed were operating from Kuwait, and their involvement in terror activities surfaced during the investigation of a case lodged in Mendhar police station last year following the killing of two Pakistani terrorists affiliated with the JK Ghaznavi Force in an encounter at Surankote in Poonch on December 13, the officials said, adding that after Ali’s arrest in February, the NIA took over the case.
It is learnt from sources in the security set up that Naveed has been deported from a Gulf country and was brought to India under strict supervision. He was flown to Jammu for handing over to the national anti- terror probe agency.
Ali headed a network of over-ground workers who were behind smuggling of arms and ammunition, besides narcotics.
Earlier, five over ground workers - Mushtafa, Mohd Yaseen, Younis, Irfan and Raskeem - were arrested for their involvement in the terror network led by Ali. A huge cache of arms and ammunition, including five pistols, 13 grenades and one live improvised explosive device (IED), had been recovered from them, the NIA officials said.(UNI)

Islamist insurgency in Mozambique has claimed 2600 lives in 3 years