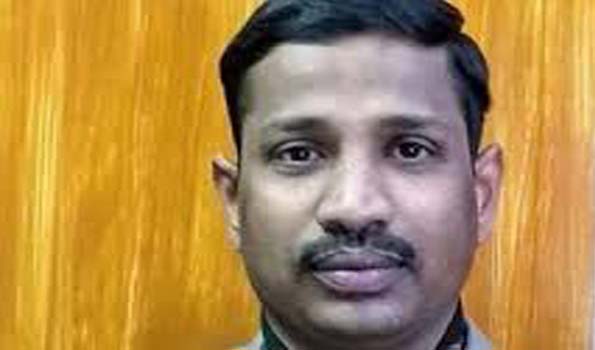 Monday, 25 January 2021 (18:41 IST)
Hyderabad: Colonel Santhosh Babu, who was martyred in a clash with Chinese troops in Galwan valley in June last year will be awarded with ‘Maha Vir Chakra’ posthumously on the occasion of Republic Day.

It may be mentioned that Col.Santosh Babu, a native of Suryapet in Telangana and who was the commanding officer of 16 Bihar Regiment, had led Indian troops during the clash with the Chinese troops in Galwan valley of Eastern Ladakh.


In the clash, 19 other Indian soldiers had been killed. (UNI)

No decrease in strength of troops by India, China at friction points: Army Chief