Do not deflate morale of soldiers during wartime: PM Modi 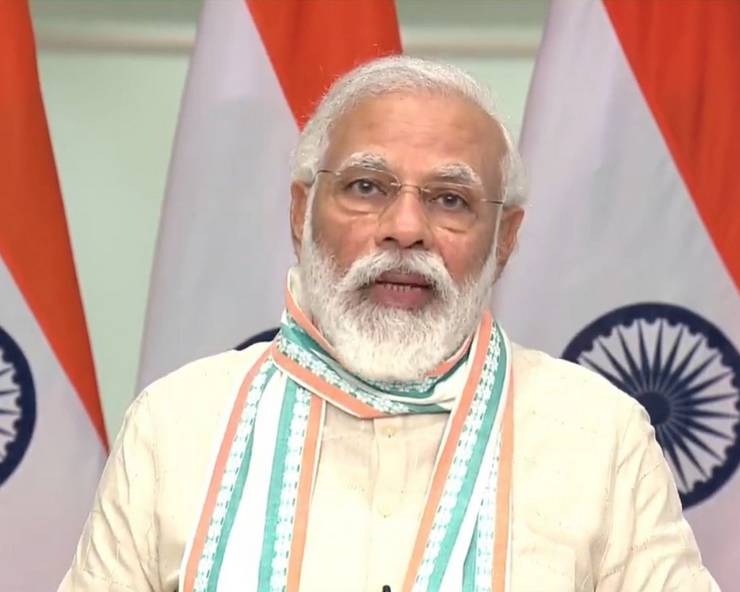 Sunday, 26 July 2020 (17:53 IST)
New Delhi: Prime Minister Narendra Modi, on the occasion of Kargil Vijay Diwas, saluted the valour of Indian soldiers and called upon countrymen to observe restraint in speech and conduct as it should not adversely affect the morale of the soldiers and harm the country.

The Prime Minister also said that in present times, war is fought not only on the border but also on many fronts, in which every Indian has to decide his or her role.

Mr Modi, addressing his monthy broadcast “Mann Ki Baat” on AIR on Sunday, told the people, “in times of war, whatever we say or do has immense bearing on the morale of the soldier, ever vigilant at the border, as well as the morale of his family.”


He urged that all should do everything to bolster the strength of our soldiers more than thousand-fold and uphold the dictum “Sanghe Shakti, Kalau Yuge” meaning that there is strength in unity in the present era.

He warned that without realising, “we encourage certain things on social media that are detrimental to the country. There are times when we keep forwarding things out of sheer curiosity. Despite knowing that it is wrong, we keep doing it.”

But these days, battles were fought not just on borders; they were fought within the country too, on many fronts simultaneously. And every countryman had to decide his or her role in that. “We too should determine our roles, fully bearing in mind soldiers fighting on the borders under the harshest conditions,” he added.

In the event of war, what was said had a strong impact on the morale of the soldier on the border and that of his family. “We should never forget this and that is why our conduct, our demeanour, our speech, our statements, our limits, our aims, whatever we do and say, must distinctly be conducive to enhancing the morale and honour of our soldiers.”

The Prime Minister said sometimes we promoted such things on social media without understanding it, which caused great harm to the country. Sometimes there was curiosity. We know this is wrong, but still keep doing it.

He said, “Nowadays, wars are not fought only on the borders, they are fought simultaneously on many fronts in the country as well, and every countryman has to decide his role therein. We must also decide our role, remembering the soldiers who are fighting in difficult conditions on the borders of the country.”

Recalling Kargil Vijay Diwas, Mr Modi said 21 years ago on this day, the Indian army hoisted the flag of India's victory in the Kargil war. India can never forget the circumstances under which the Kargil war took place. Pakistan had dared to seize Indian land and tried to divert attention from their own internal strife.

He said, “India was striving for good relations with Pakistan at that time, but it is the nature of the wicked, to be hostile to everyone for no reason.” That is why in response to India's friendship, Pakistan tried to stab it in the back, but, after that India's valiant army showed its might, the whole world saw the might it showed.”

“The enemy sitting on the high mountains and our armies fighting from below, our brave men ... but the victory was not of the height of the mountain - but the high courage and true valour of the armies of India.”

He recalled that at that time he had the privilege of going to Kargil and seeing the valour of our soldiers, which was one of the precious moments of his life.

He said, “Today, on behalf of all the countrymen, I bow to these brave men, as well as the brave mothers who gave birth to the true sons of Mother India.”

He urged the youth of the country to tell each other, the stories associated with the Kargil victory, about the sacrifice of valiant mothers. He advised that people should get information about our brave mighty warriors and take inspiration from it.

The Prime Minister said just as Father of the Nation Mahatma Gandhi had said that if anyone ever had any dilemma about what to do, then he should think about India's poorest and helpless person. He should think that what he is going to do will be good or not for the person. Similarly, former Prime Minister Atal Behari Vajpayee also said that before taking any important decision, let us think, whether our move is in accordance with the honour of the soldier who sacrificed his life in those inaccessible hills.

In the Mann Ki Baat programme, Mr Modi also narrated the recording of the above quote of the late Prime Minister. (UNI)

Ben Stokes is a leader in his own capacity: Gautam Gambhir

Coronavirus still as dangerous as before, we need to take all precautions: PM Modi