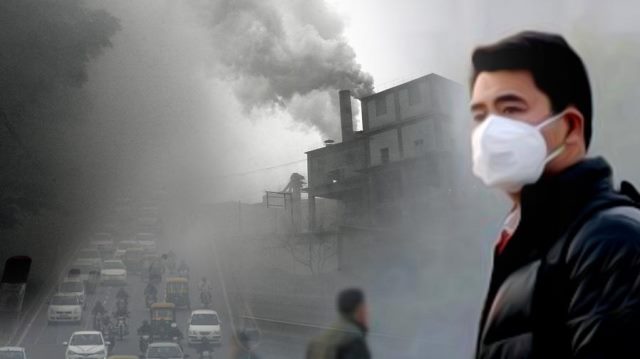 Monday, 5 July 2021 (12:08 IST)
New Delhi:Delhi-born filmmaker Rahul Jain's documentary on the lives of the common people in the air pollution-hit national capital is the only Indian film in official selection at the 74th Cannes film festival beginning on Tuesday, a year after the influential event cancelled its 2020 edition due to the coronavirus pandemic.
'Invisible Demons' by Jain is part of the Cinema for the Climate section of the Cannes festival, a new programme introduced this year amid the growing concerns over climate change and global warming. The California-based director had won critical acclaim for his debut documentary 'Machines' (2016), about the dismal working conditions of textile workers in the country.

The Cannes film festival will be held during July 6-17 in the traditional physical format under strict Covid-19 safety and health protocols. 'Annette', an English-language musical by French director Leos Carax starring Adam Driver and Marion Cotillard will open the festival tomorrow. The annual Indian pavilion, which promotes Indian films and projects abroad and film shooting in India, will be represented at the Cannes film market in the virtual format this year.

The festival, which will take place in the middle of the Covid-19 pandemic, will reflect the struggles of the contemporary society in 'The Year of the Everlasting Storm', an anthology of seven films directed by Jafar Panahi (Iran), Apichatpong Weerasethakul (Thailand), Anthony Chen (Singapore), Malik Vitthal, Laura Poitras and David Lowery (USA), and Dominga Sotomayor (Chile).

Film and Television Institute of India (FTII) alumnus Payal Kapadia's debut feature film, 'A Night of Knowing Nothing', is part of Directors' Fortnight, a parallel selection of the Cannes festival that has previously premiered Indian films like Meera Nair's 'Salaam Bombay!' and 'Gangs of Wasseypur' by Anurag Kashyap. Kapadia will be vying for the prestigious Camera d'Or, the prize given to the Best First Film of a director participating in all Cannes selections---Cannes festival, Directors' Fortnight and Critics' Week. Meera Nair had won the Camera d'Or for 'Salaam Bombay!' in 1988.

In the Cannes Film Market, the industry platform of the festival, an Indian film in development will have the opportunity to receive mentorship from internationally-acclaimed filmmakers. 'Eka' (Solo), the film project by Kolkata-born director Suman Sen, is among the ten film projects at La Fabrique Cinema, a mentorship programme for young directors from emerging countries supported by the French Institute.

“I wanted to explore how artists in the last hundred years of filmmaking have been able to communicate our species’ relationship to the natural world, because the most drastic changes came about in the 20th century, which was also the century of cinema,” says Jain, who holds a Master's Degree in Aesthetics and Politics from the California Institute of the Arts, about the making of 'Invisible Demons'.

'A Night of Knowing Nothing', which is among 24 entries in the feature films section of Directors' Fortnight along with 'Hit the Road' by Iranian director Jafar Panahi's son Panah Panahi, tells the story of a young woman who writes letters to her estranged lover. Kapadia's short film, 'Afternoon Clouds', was the first film from FTII to be selected to the Cannes festival's Cinefondation competition for film schools in 2017.
Paolo Moretti, artistic director of Directors' Fortnight, which highlights the most singular and visionary practices in contemporary cinema, says: "This poetic first feature is at first an epistolary film but then slowly spreads out as a hybrid narration mixing dreams, reality, memories and archives. The young Indian director Payal Kapadia transcends the documentary material and draws the portrait of a contemporary Indian youth."
'Eka' (Solo) is about an insurance agent in Kolkata, who unknowingly sets off a people's movement. "The shooting is likely to commence in mid-2022 in Kolkata," says Sen, who lives in Mumbai. In 2019, another Indian film project, 'Rapture' by Satyajit Ray Film and Television Institute, Kolkata alumnus and Meghalaya filmmaker Dominic Sangma, was part of La Fabrique Cinema.
The prestigious competition section this year will have the new works of celebrated filmmakers like Iranian director Asghar Farhadi's 'A Hero', Palme d'Or-winning Thai filmmaker Apichatpong Weerasethakul's English language film 'Memoria', American actor-director Sean Penn's 'Flag Day', Dutch director Paul Verhoeven's 'Benedetta' and French director Mia Hansen-Love's 'Bergman Island'.
American director Spike Lee is the president of the competition jury, which awards the Palme d'Or, this year.(UNI)