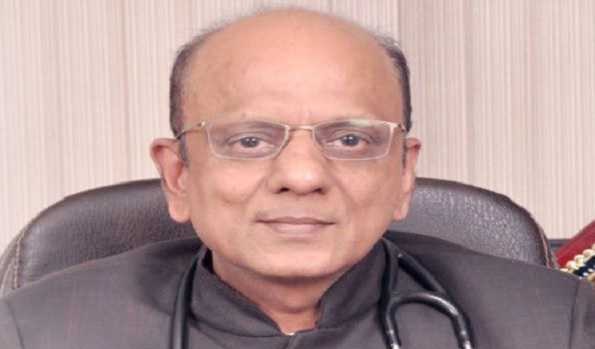 Tuesday, 18 May 2021 (10:45 IST)
New Delhi:Padma Shree awardee and former national president of the Indian Medical Association (IMA) Dr KK Aggarwal has died of the Coronavirus. He was 62.
"It causes us immense pain to inform you that our dear Dr KK Aggarwal passed away at 11.30 pm on May 17 in New Delhi after a lengthy battle with COVID-19," a statement posted on his official Twitter account read.
He was admitted to AIIMS here and was on ventilator support for the past few days.Ever since he became a doctor, Padma Shri Dr KK Aggarwal has dedicated his life to the welfare of the public and raising health awareness, the statement added.
He was a cardiologist. In 2005, he received the Dr BC Roy Award. He was also conferred with Padma Shree in 2010.Born on 5-9-1958, he completed his schooling in Delhi. He did his MBBS from Nagpur University.
Even during the pandemic, he made constant efforts to educate the masses and was able to reach out to over 100 million people through numerous videos and educational programs and saved countless lives. He wanted his life to be celebrated And not mourned, the statement further added.

Taking to Twitter, Mr Kejriwal termed the demise a 'setback' for the country."Passing away of Dr. KK Aggarwal is a setback for the whole nation. He acted all his life for the health rights of common people especially poor, deprived n marginalized. A great human being. RIP," Mr Kejriwal tweeted.
The cardiologist, who succumbed to Covid last night, was admitted to AIIMS here and was on ventilator support for the past few days. He was a recipient of Dr BC Roy Award in 2005 and Padma Shree award in 2010.(UNI)

Previously infected person at greater risk of re-infection due to double-mutant strain: Microbiologist