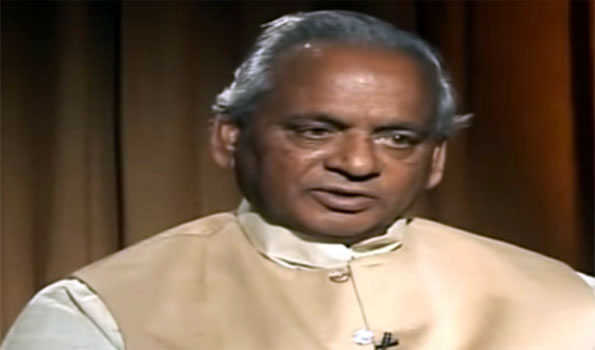 Friday, 9 July 2021 (11:47 IST)
Lucknow:Amid the rumours of his demise the saffron stalwart and former UP CM Kalyan Singh tweeted and rubbished all rumours regarding his demise. He took to the microblogging site and wrote "With the blessing of Lord Shri Ram and love of countrymen, My health is improving constantly, Kindly ignore the rumours."

Earlier in the day, The health condition of senior BJP leader and former Uttar Pradesh chief minister Kalyan Singh, who is admitted in the ICU of the Sanjay Gandhi Postgraduate Institute of Medical Sciences (SGPGIMS), is better and he is hemodynamically stable, the hospital said on Friday.
"The condition of Shri Kalyan Singh ji, who is admitted in ICU of Critical Care Medicine is better. He is hemodynamically stable. Shri Kalyan Singh ji is showing consistent improvement. His vital parameters are stable," SGPGIMS said in a statement.
Earlier, confusion prevailed over the health of Kalyan Singh after people started posting condolence messages on social media.
However, SGPGIMS, immediately issued the health bulletin of the leader saying he is recovering.Some senior BJP leaders too payed condolences on their social media accounts which were later deleted.
'He is communicative. He is being treated by senior faculty of CCM, Cardiology, Neurology, Endocrinology and Nephrology," the SGPGIMS said on Friday morning.Director SGPGIMS Dr RK Dhiman also said that his health is constantly improving and he is interacting with the ICU staff as well as his relatives.
Last night BJP president J P Nadda visited SGPGIMS along with other leaders to enquire about the health of Kalyan Singh.Last Saturday, Mr Singh was admitted to the Lohia Institute after he complained of body swelling. Currently, he is in SGPGIMS, Lucknow.
PM enquires about Kalyan Singh's health