If all parties keep their politics aside then we can defeat pollution shortly: Arvind Kejriwal 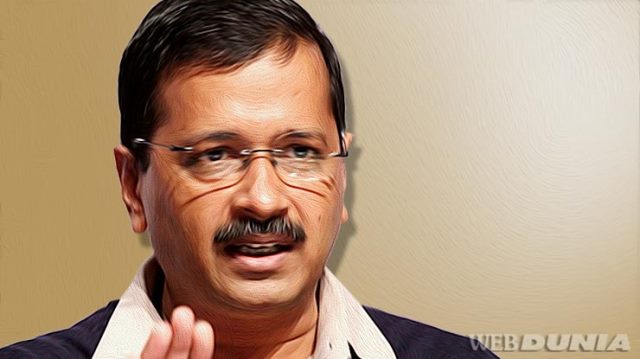 Monday, 19 October 2020 (20:09 IST)
New Delhi:Chief Minister Shri Arvind Kejriwal on Monday said that if all the governments work hard and make honest efforts together, then the pollution caused due to stubble can be substantially reduced in a short period.


The CM said that he agrees with Union Environment Minister Shri Prakash Javadekar that stubble burning is a big problem, but disagrees with the statement that the problem can’t be solved in a short time. Shri Arvind Kejriwal said that if all the state governments have the political will, the issue can be resolved within a short span of time. He then listed steps being taken by different state governments to stop farmers from burning stubble.

He said that on the recommendation of Pusa Institute, the Delhi government started spraying chemicals which will convert this stubble into manure. CM Shri Arvind Kejriwal also said that there are many factories in Haryana & Punjab which are converting stubble to CBG, coal and coke. He said that we must not consider stubble as a liability but need to transform it into an opportunity; if all state governments adopt these conversion measures, it will benefit the farmers monetarily and generate employment. CM Shri Arvind Kejriwal suggested that the Centre (environment ministry) should hold a monthly meeting with Chief Ministers of states which are affected by burning stubble to find out more such solutions.
CM Shri Arvind Kejriwal said, "Yesterday I heard the statement of Union environment Minister Shri Prakash Javadekar where he said that air pollution does not happen due to one state. He said that due to the wind, pollution affects all the neighbouring states of north India. I completely agree with his views and I believe that all the state governments should come together and launch a battle against air pollution."
He said, "But Shri Javadekar also said that the problem of air pollution cannot be solved in one day and it will take a minimum of four years to solve the issue of air pollution. I do not agree with this statement. I believe that if all the state governments come together and all the political parties work honestly by keeping aside their political bias then we can combat the issue of air-pollution in less than four years."
CM Shri Arvind Kejriwal said, "First let me talk about the issue of stubble burning and now the Supreme Court of India has also accepted that stubble burning is the major cause behind this air pollution.

CM Shri Arvind Kejriwal said, "Firstly, Indian Agricultural Research Institute (famously known as PUSA) scientists have developed a chemical that decomposes stubble and turns it into manure. There is no need for farmers to burn stubble. Secondly, there is a factory at Karnal where stubble is getting converted to compressed bio-gas (CBG). This gas can be used just as CNG.

This means that we can produce CNG like gas from the stubble. Why can’t we adopt such technology? This factory buys the stubble from the farmers. This way the farmers also get money and their income increases. After buying the stubble from the farmers they bring it to their factory and produce CBG. Eventually, the IGL (Indraprastha Gas Limited) buys this gas. In Punjab, there are around seven such factories which are making coal and coke from the stubble. People from these factories go to the field of the farmers, cut the stubble and pay the farmers on Rs.500 per acre basis. Later these companies sell the coal to the NTPC."
He said, "This means that from stubble we can produce coal, coke, CNG and cardboards. If the state governments of India start utilising these new technologies by which rather than burning the stubble the farmers can increase their income by selling the stubble then it can put a halt on this problem. These factories are also employing many people. If all the state governments come together and start working on war footing then I believe that within a year we can control the stubble burning. I believe that we consider stubble as a liability but we need to convert stubble to an opportunity. The only condition here is that are we all ready to show our political goodwill Or we want to do politics over the issue?"
CM Shri Arvind Kejriwal said, "Till now the Central government is only convening meetings with the environment ministers of the states of north India. I want to request the Union Environment Minister to call a meeting of the chief ministers of Uttar Pradesh, Punjab, Haryana and Delhi every month because this is a big issue and it can’t be managed only at the level of the environment ministers of these states. We all should meet with an open mind and discuss the problem to find out the solutions. We should not get indulge in any kind of blame game. There can be different suggestions of solutions with the chief ministers of these states, therefore, we should discuss with an open mind.

The environment ministers, senior officials and the experts from these states should also be present in these monthly meetings. We should continue these monthly meetings till the time we find out a solution to stop stubble burning. Strict deadlines and times lines should be made to combat the issue of stubble burning and air pollution. This is the only way by which we can find out a solution to this problem. The engineers and the experts have already given the solution but the only lacking is in political goodwill."

Delhi govt to launch "Red Light On, Gaadi Off" ground campaign from October 21 to November 15

Delhi govt to launch "Red Light On, Gaadi Off" ground campaign from October 21 to November 15