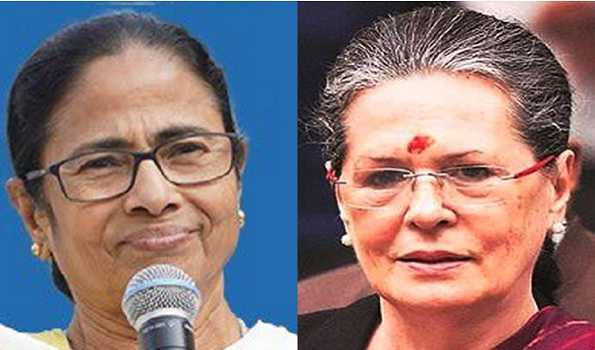 Wednesday, 28 July 2021 (14:06 IST)
Kolkata: A day after her meeting with Prime Minister Narendra Modi and three Congress veterans, West Bengal Chief Minister Mamata Banerjee, on a mission to unite all the anti-BJP forces across India, is scheduled to call on AICC chief Sonia Gandhi in New Delhi and expected to discuss a possible grand alliance before the 2024 Parliament poll.

Ms Banerjee, who is also the Trinamool Congress supremo, said on Tuesday that she would have a 'Chai Pe Charcha' with Ms Gandhi later this afternoon. She has also a scheduled meeting with Aam Aadmi Party leader and Delhi chief minister Arvind Kejriwal this evening.

All India Trinamool Congress in a release here said that the party chairperson Mamata Banerjee has a meeting with Sonia Gandhi at 10 Janpath around 4.30 pm (Wednesday) and meeting with Mr Kejriwal at 183 South Avenue at 6 pm.

She also had called on PM Modi and discussed among others regarding vaccination shortages in her state and renaming of West Bengal. (UNI)

Opposition fans 'soft Hindutva' to counter BJP in UP polls