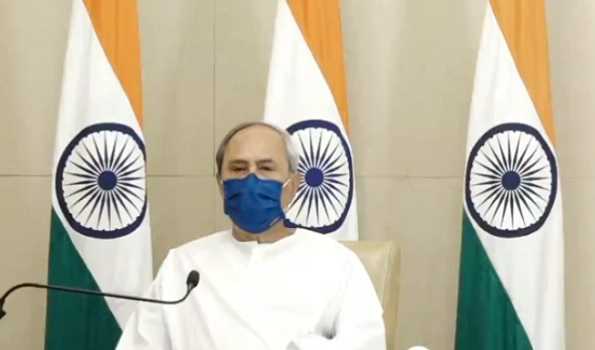 It has become the first city in India to achieve 24 x 7 safe drinking water from taps, as per Indian Quality Standards of IS 10500 from today providing access to Drink from Tap quality water round the clock to 2.5 lakh population.


Dedicating the 24x7 “drink-from-tap-quality” water supply system to the glory of Jagannath and the people of Puri, Mr Patnaik said, “Providing Drink-from-Tap Quality water 24x7 to every household is a transformative project and a step in the direction of our vision for making Puri a world-class heritage”.

The transformative initiative will now benefit the city’s 2.5 lakh local population and 2 crore tourists who visit the holy city of Lord Jagannath annually.

The state-of-the-art technology, which allows people to drink directly from the tap, has become a reality in India for the first time.

Puri residents, tourists and pilgrims alike can now drink water from a tap across the city be it at home or across the newly-established water fountains.

Pilgrims who visit the city will further have access to 120 drinking water fountains set up by the state all along the Grand Trunk Road and other Puri hotspots that are similar to the water fountains at airports.

Apart from Puri, the mission is also on its way to success in 16 other cities across Odisha covering 40lakh households.

The initiative, with its mission of 'water for all, is set to provide safe water to every household in Odisha across all 114 urban local bodies with an inclusive mandate covering all slum households across the state.

Underprivileged women from Self Help Groups, part of Odisha’s acclaimed Mission Shakti, designated as Jalsaathis, have been hired as a key community link between the public and the government on a performance-based and incentive-linked programme.

Returning migrants have also been considered in this mission and plumbers are being trained for installation and maintenance work, including checking for leakages and wastage of water.

Odisha housing and urban development Minister Pratap Jena, the secretary from the ministry of housing and urban affairs and senior government officials participated in the programme which was live-streamed via Facebook, Twitter and Youtube. (UNI)