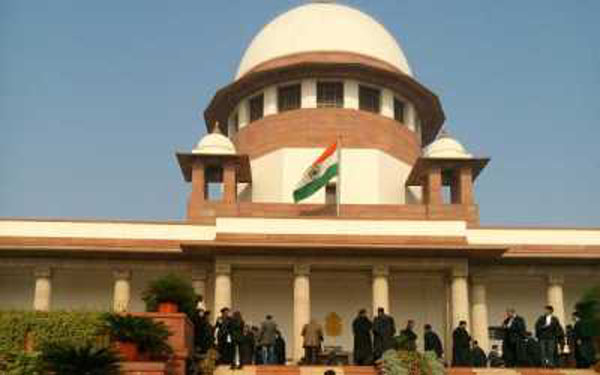 Monday, 11 January 2021 (15:07 IST)
New Delhi: The Supreme Court on Monday concerned over the lack of progress in negotiation process between the Centre and protesting farmers over the newly-enacted agriculture reform laws, asked the government to hold the farm laws or else “we will do it” while noting that the situation has become worse.

The bench asked the Centre if the contentious legislations can be put on hold for some time.


“We don’t know what negotiations are going on? We don’t know whether you are part of the solution or part of the problem. We are sorry to say that the Centre has not been able to solve the problem and the farmers’ agitation. Can the farm laws be put on hold for the time being?”, the bench asked.

Attorney General K K Venugopal, on behalf of the Centre, said that the government is ready for clause by clause discussion regarding the grievances of the farmers over the laws.

He also mentioned about the protest against Haryana Chief Minister’s rally on Sunday.

“We are not saying we will protect law-breakers,” the bench asserted. (UNI)

Yet another round of Govt-farmer talks ends without result, next round on Jan 15

Talks between Govt and farmers ends in stalemate, next round on Jan 8