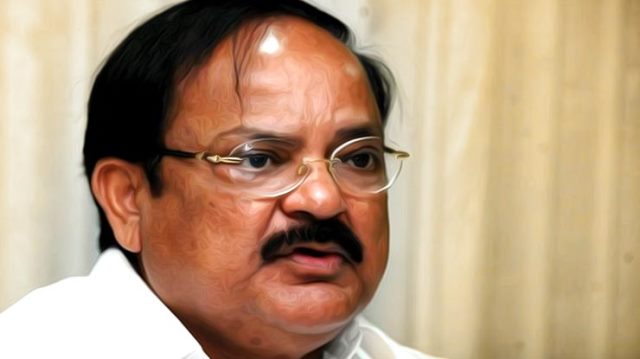 Tuesday, 9 February 2021 (13:12 IST)
New Delhi: Bidding farewell to four Members of the Union Territory of Jammu and Kashmir, including Leader of the Opposition Ghulam Nabi Azad, who will be retiring from the Rajya Sabha on February 15, Rajya Sabha Chairman said that Mr Azad has been a voice of sanity.
"Today, we bid farewell to four colleagues from the UT of Jammu and Kashmir Mir Mohammad Fayaz, Shamsher Singh, retiring on February 10; Ghulam Nabi Azad (Leader of Opposition) and Nazir Ahmad Laway, retiring on February 15," Chairman Naidu said.
Recollecting the contribution of Mr Azad to the Upper House, Mr Naidu said, "Ghulam Nabi Azad has served for as many as 28 years. He was one of the veterans of the House. In 2015, he was awarded as the outstanding Member.
"He has been a role model for first-time Members. He speaks politely but conveys his point effectively. I have benefited richly from his suggestions. As a Chairman, I will miss his services', Mr Naidu said.
The other three Members-- Mir Mohammad Fayaz, Shamsher Singh and Nazir Ahmad Laway-- have always raised important issues besides taking up opportunity to continue debates about their respective states, the Chairman added.
"My appreciation for the courtesy, coordination and cooperation extended to the Chair by the retiring Members. I hope they will continue to serve the people with the same zeal. You are only retired but not tired from offering public services', Mr Naidu concluded.(UNI)

Anderson rattles Indian batting line up before Lunch, India 144 for 6

COVID +ve VP Naidu thanks well-wishers for get well messages