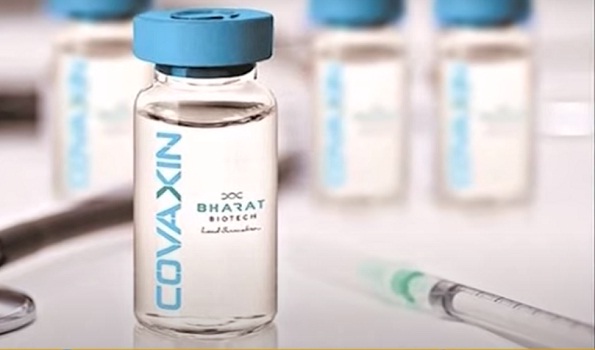 Tuesday, 8 June 2021 (22:43 IST)
New Delhi: A day after the Prime Minister Narendra Modi's announcement for vaccination to all above 18 years age in the country, the Centre on Tuesday decided to accord specialized security cover to the one of the largest vaccine manufacturing lab Bharat Biotech at Hyderabad.

This company is also one of the major COVID-19 vaccine manufacturers in the country, has been given security following a review meeting of the security experts in the Ministry of Home Affairs (MHA) and accordingly the CISF has been directed to prepare accordingly.

According to the official sources, Bharat Biotech's registered office and plant located in the Shameerpet area of Hyderabad will be secured by ‘a team of 64 armed personnel of the paramilitary force’. For this purpose the CISF has already carried out a survey.

A CISF official said, “the force will be inducted at the facility, which manufactures Covaxin, on June 14.”

“Keeping Government's decision to vaccinate everyone above the age of 18 years in view, this company will be producing vaccine for Covid 19 in huge quantity and it should be fully secured including fire safety, so that the production does not hamper,” a Home Ministry officials said.

He also said that being an important facility when it comes to ensuring health security of the country especially during this pandemic and it obviously faces a terror threat from various inimical elements.

The Central Industrial Security Force (CISF) is a specialized industrial Force which has been extending its full proof security cover to all airports and major installations in the country.

One of the premier Central Armed Police Force, it was allowed to secure private installations of public importance following the 2008 Mumbai terror attacks by the Pakistan-based terror outfit Lashkar-e-Taiba.

The force guards about 10 such facilities across the country, including the Infosys campuses in Pune and Mysuru, the Reliance IT Park in Navi Mumbai and Yoga exponent Ramdev's Patanjali factory premises in Uttarakhand's Haridwar. (UNI)

Vaccination for the youth stands closed until the next installment arrives: Atishi

Villagers in UP given cocktail of Covishield and Covaxin