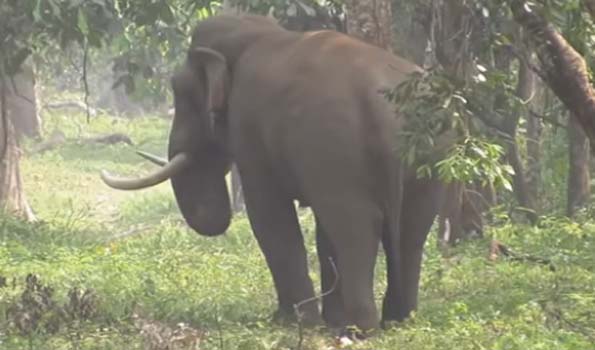 Monday, 5 July 2021 (19:11 IST)
Madikeri/Mysuru: A 15-year-old male elephant was found dead in a coffee plantation belonging to Kakera Kalappa, in Poojikallu, near Kutta, while an year-old baby elephant was killed by a tiger at Nagarahole national park, forest officials said on Monday.

According to the officials, there were no wounds on the caracass. The exact reason for the elephant's death will be clear after the arrival of the post mortem report, said Srimangala RFO Veerendra.


In another incident, an elephant calf aged one year old was found dead due to tiger attack at Nagarahole national park on Sunday evening.

Officials said on Monday that the carcass bore wound marks of tiger attack and it is suspected that the calf would have died two days ago. (UNI)