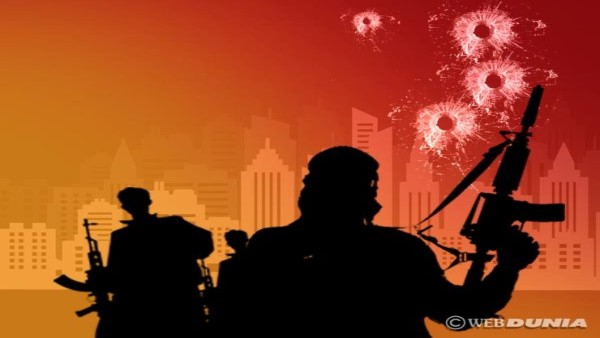 Friday, 23 April 2021 (13:43 IST)
Srinagar: Police on Friday recovered the get-away vehicle that was forcefully taken by armed robbers after breaking into a J&K bank branch and decamping with cash in north Kashmir district of Baramulla on Thursday, official sources said.
They said the rifle of the guard, which was also snatched by the unidentified gunmen during the bank heist, was also recovered. “The abandoned vehicle, which was used by the gunmen to flee from the spot, was recovered from Wusun crossing in Baramulla on Friday morning,” they said, adding the 12 bore rifle was also found near the site.
They said searches in the nearby area have been intensified while all leads are being followed to nab the culprits.
They said that three masked gunmen, who were wearing PPE kits, barged into the J&K bank in Pattan and fired few shots on Thursday. “The bank guard tried to resist, but he was thrashed and his gun was snatched from him,” they said.

They said the gunmen then entered the cabin of the bank manager and fired another three shots there. “The gunmen later decamped with the cash worth Rs 2.86 lakh from the bank and the rifle of the guard,” they said.
They said outside the bank, the masked gunmen stopped a vehicle and fled from the spot. “I don't know who they were… they stopped my vehicle outside the bank branch and forcibly took the vehicle. My daughter, my son, who was driving the vehicle and my wife… all four us were pushed out of the vehicle,” the owner of the vehicle had told reporters after the incident.(UNI)

Nigeria: Gunmen abduct around 30 students from a college in latest mass kidnapping