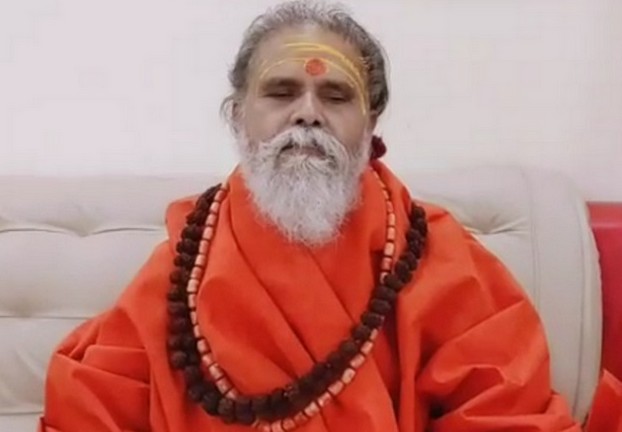 According to the Inspector General of Police (IG) K P Singh, the saint's body was found hanging from the ceiling fan with a nylon rope in the Baghambari Math in the city here on Monday.

"We've also found a suicide note in which he has mentioned that he is committing suicide. He was unhappy with one of his disciple. We're investigating the matter. We'll release the suicide note after carrying out a forensic investigation of it," IG Prayagraj said.


"I won't be able to say anything before we carry out the investigation. We received a call from the ashram that maharaj has hanged himself from a fan. Prima facie, it's looks like a case of suicide. I appeal to all of you to maintain peace," Mr Singh said.

ADG (L&O) Prashant Kumar said that the information about the Mahant’s death was received at around 1530 hrs.

He said that in the seven page suicide note the Mahant has charged his disciple Anand Giri and two other persons for the reason of his suicide. The suicide note found by the police near the body also mentions that the Mahant was mentally disturbed. It is being said that Mahant Narendra Giri was having some personal problems for the last few days. He had a dispute with his disciple Anand Giri recently.

Mr Kumar said that Anand Giri has been detained in Haridwar and was interrogated there and is now being brought to Prayagraj.

Anand Giri in turn said in a statement that a conspiracy has been hatched against him and even charged a senior police officer behind it.

Sources have said that Mahant Narendra Giri was having some dispute with his disciple Anand Giri for some time. But a few days back, they had settled their differences and Anand had apologized to him, after which Mahant Giri also forgave him.

UP governor Anandiben Patel, Chief Minister Yogi Adityanath, his deputy Keshav Prasad Maurya, along with SP president Akhilesh Yadav and several saints have expressed their condolences on the demise of the Mahant.

Keshav Prasad Maurya said," I met him yesterday and took his blessings. He was very happy but today I got to know that he died by suicide which has shocked me and made me sad. We'll take all the necessary steps to find out the exact cause of his death."

A wave of sadness and mourning spread through Ayodhya as soon as the news of the death of Akhara Parishad President Narendra Giri came out in the open. Mahant Raju Das of Hanumangarhi said that the information about the death of the president of the Akhara Parishad is very sad. Praying to God to grant peace to the departed soul. The death of Narendra Giri is a great loss to the sadhu society. He was always devoted to the protection of Sanatan Dharma".

Meanwhile, several organisations have demanded a CBI probe into the death of the Mahant to find out the truth. (UNI)

Brahmos missiles to be manufactured in Uttar Pradesh: PM Modi

Yogi govt seized properties worth over Rs 1500 crore of criminals, gangsters in UP