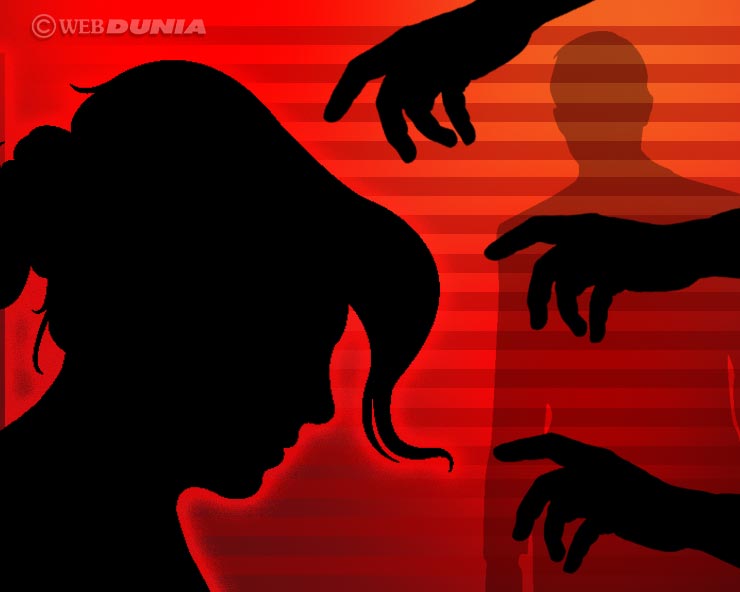 Monday, 2 November 2020 (11:20 IST)
Agartala:A large number of women demonstrated on the street in Kanchanpur of North Tripura, along with Tripura -Mizoram border last evening demanding arrest of the accused persons involved in the alleged rape of a 90 yrs old widow at Barahaldi village of the town on Oct 24 night.
The demonstrators alleged that even after five days of lodging specific complaints against a 35 yrs old auto driver of the same locality and another unidentified person, police have not yet been able to arrest them. Moreover, the victim was not getting due treatment and the police were also trying to shield the criminals.
"The victim has developed serious ailments after the incident, which needs better treatment and medical support. Police took her to a local hospital for routine tests and treatment but deliberately ignored her other physical problems cropped up after the sexual attack. We are in doubt about the role of police and the state government," stated Malati Barua, one of the demonstrators belongs to the women wing of CPI (M).
She further alleged that the state government did not react to such heinous crime and Commission for Women has not stood with the helpless widow and added, "Crime against women has raised manifold under Biplab Kumar Deb's rule in past 32 months. From 6 ?yrs old child to 90 yrs old lady are falling victim of BJP supported criminals and unfortunately, none of them was punished as of now."
More than a hundred of crimes against women were reported in past 10 months in Tripura but most of the cases accused were set free due to weak proceedings of police, alleged opposition MLA and veteran CPI (M) leader Badal Choudhury added, "To save the failure of the government, Tripura police erased the data of women related crime from their official website, which is most unfortunate. It shows the weakness of Chief Minister Biplab Kumar Deb to deal with such criminals."
He further stated there has been a complete deadlock in the administration under Deb's rule. Despite having an eligible honest officer Deb didn't appoint Director General of Police for the past 10 months to satisfy his ego, which broke down the morale of Tripura police.
More on that, too much political interference in the administration has turned the situation into the worst, Choudhury added.(UNI)

Assam BJP to launch fight against love jihad ahead of polls

Punjab to Dravid there, but No 7 sisters has place in Nation Anthem, Royal Scion demands amendment