Rowdy sheeter hacked to death inside football stadium in Bengaluru 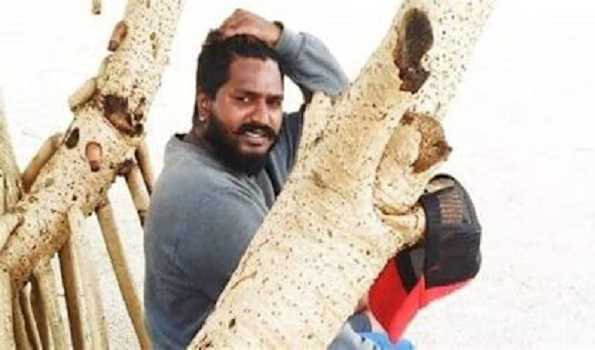 Monday, 13 September 2021 (11:28 IST)
Bengaluru: A rowdy sheeter was hacked to death at a stadium by assailants, according to police.

The deceased, Aravind, managed a local football team and had arrived at the BBMP ground located opposite the KSFA football stadium to play a six-a-side tournament, DCP Central MN Anucheth said.

At about 4 pm, four to five persons surrounded him to launch an attack. Running for his life, he entered the KSFA football stadium and locked himself up inside the referee's room, Anuchet said.


The assailants then broke open the door and hacked Aravind to death with deadly weapons, he said.

Gang rivalry was cited as reason for the murder. The deceased was a rowdy-sheeter at the nearby Bharathi Nagar police station also.

The police have formed two teams to hunt down the assailants. A case of murder has been registered. (UNI)