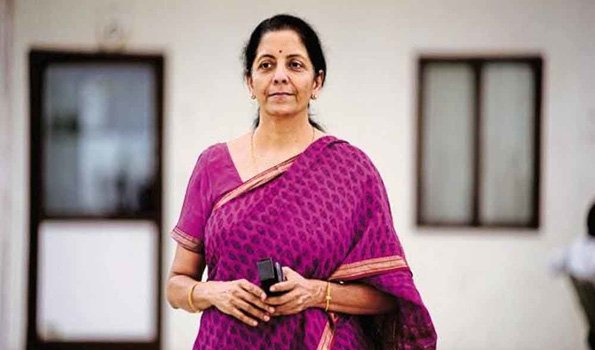 While Mr Annamalai wrote a letter to the Union Finance Minister last evening seeking exemption of import duties on humanitarian grounds for treating Mithra, Ms Vanathi spoke to her on Wednesday morning and got an assurance that her request would be considered.

Earlier, she said she had spoke to Ms Nirmala over phone and requested for waiving the import duty to which the Minister promised to help.

In his letter, Mr Annamalai urged the Union Finance Minister to waive of duties, GST for importing life saving drug on humanitarian grounds to treat the 23-month-old girl child suffering from SMA.

He said the girl child, K S Mithra, is suffering from SMA, a genetic disorder since birth and doctors recommended the drug Zolgensma, which needs to be imported.

'The cost of the drug itself is about Rs 16 crore and duties, GST comes to around Rs six crore", he said.

Stating that the Girl's father, who hails from a middle class family, has almost raised the full amount for the drug with the help of kind hearted donors, Mr Annamalai said the drug has to be given before two years of age and the girl child has recently crossed that deadline.

'I request your esteemed self to consider his prayer on humanitarian grounds and on urgent basis and to waive off the duties, GST, other taxes, etc., so that the girl child could be saved in time", he said.

A day after the request was made, Ms Nirmala Sitharaman has waived the import duty for the drug, Ms Vanathi said in the tweet. (UNI)

Piyush Goyal appointed as Leader of House in Rajya Sabha

To digitally connect all villages, govt allocates another Rs 19,041 cr