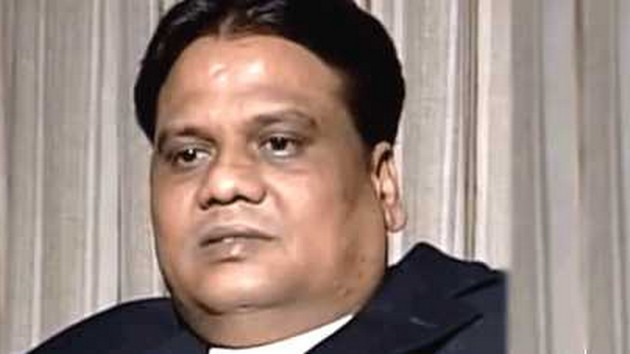 Friday, 7 May 2021 (21:11 IST)
New Delhi: Sources at the All India Institute of Medical Sciences (AIIMS) on Friday denied reports of underworld don and gangster Rajendra Nikalje alias Chhota Rajan's death due to the novel coronavirus.

The 62-year-old gangster was admitted to the hospital on April 26 after testing positive for the COVID-19.

“Chhota Rajan is still alive,” a hospital source told UNI. Earlier in the day, several reports surfaced in the media claiming death of the gangster due to the deadly virus.


Rajan, an accused in over 70 criminal cases, was arrested in Indonesia in 2015 and was later deported to India in the same year, after being on run for over 25 years. He is currently serving a life sentence at the high-security Tihar Jail, here.

His criminal career began by committing petty crimes and finally rose to become the right hand of underworld don Dawood Ibrahim. Rajan was convicted and sentenced for life imprisonment by Maharashtra MCOCA court in 2018. A year before in 2017, a special CBI court awarded seven years rigorous imprisonment to Rajan in the fake passport case. (UNI)

Hrithik Roshan to kickstart shooting for Vikram Vedha in June