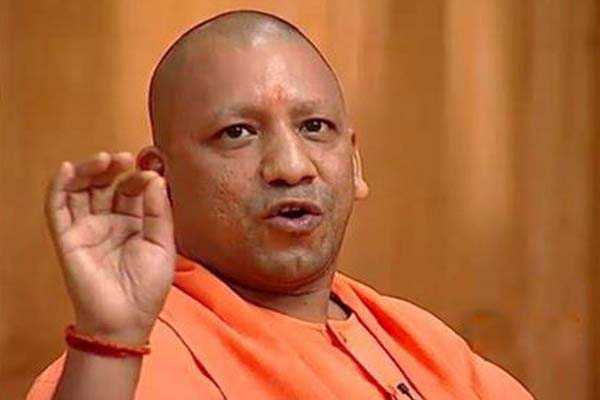 Monday, 15 February 2021 (17:49 IST)
Varanasi: With his hard work, determination, and exceptional leadership, Uttar Pradesh Chief Minister Yogi Adityanath has kept his promise of gifting back the cleanliness of the holy River Ganga to the people of the country.

With CM’s vow of ensuring clean water of the sacred Ganga, millions of people will once again get a chance to take a dip in the pious and unpolluted water of the river, on the occasion of Basant Panchami.

Presenting pure and clear Ganga for everyone, the Chief Minister, during his visit to Mathura on Sunday, said that we are sparing no efforts to keep River Ganga clean and uncontaminated.


“On the auspicious occasion of Basant Panchmi, we bring this to your notice that the quality of Ganga water has been refined and the pollution level has also decreased. Devotees, on Basant Panchmi, will now take a dip in clean and unpolluted water of the sacred river,” he had said.

This is for the first time that the average amount of dissolved oxygen in the River Ganga of Varanasi is very good by standards (8.5 to 11.5 mg per liter) and the water of River Varuna, a tributary of the Ganga has also improved dramatically. The quantity of BOD (biological oxygen demand) in the River Ganga is also good. Under the ‘Namami Gange Programme’, not even a single drop of sewage water is discharged in Ganga.

This is only and only the efforts of the Yogi Government that the ‘Mokshadayini’ Ganga is on its way to becoming Aviral and Nirmal (unpolluted and clean). With the continued endeavour of the state government, now the oxygen level of the River Ganga has become healthy and concentrated and as a result, no one is abstaining to take a dip in the Holy River.

Regional officer of Ganga Pollution Board, Kalika Singh, said here on Monday, “Earlier, in Varanasi, the water from 30 drains used to fall directly into the River Ganga, while the tributary Varuna also had 14 drains. Now with the reinforcement of state and central government, out of these 30 drains, 19 drains have been completely closed while the drain of the Khidkiya Ghat has been partially closed.”

Apart from this, the sewage falling in River Ganga has also stopped due to the installation of STP in hotels built along the river.

In the last few years, the latest technology sewage treatment plant has been constructed in Varanasi while the existing STP plant has also been upgraded. Also, with the introduction of other STPs, the River Ganga water will become more pure and clean.

Due to the lack of attention by the previous governments, the River Ganga continued to get polluted. But as soon as the BJP government came to power in 2014, there was an immediate effort taken to clean the Ganga and in 2017, after the formation of the Yogi Government in the state, the ‘Namami Gange Campaign’ gained momentum.

Expressing his happiness after seeing this effort of the government, the general secretary of the Ganga Mahasabha, Swami Jitendra Nand Saraswati, who has been agitating for several decades continuously for Ganga cleanliness said, “The government’s efforts towards making River Ganga clean and pure have started showing results. If the government continues to take drastic measures in this manner, the day is not so far that the dream of making River Ganga Aviral and Nirmal will come true.”