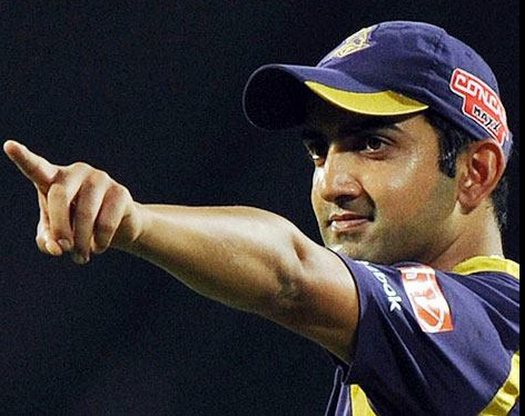 Wednesday, 4 April 2018 (11:48 IST)
Mumbai: Former India opener Gautam Gambhir mocked at Shahid Afridi by calling the ex-Pakistani all-rounder a perennially 'immature person' after the Pakistani cricketer has created a stir for all the wrong reasons on social media, where he has alleges there is an “appalling and worrisome situation” and urges UN (United Nations) intervention.
Earlier in the day, Afridi had tweeted: "Appalling and worrisome situation ongoing in the Indian Occupied Kashmir.Innocents being shot down by oppressive regime to clamp voice of self determination & independence. Wonder where is the @UN & other int bodies & why aren't they making efforts to stop this bloodshed?"
"Media called me for reaction on @SAfridiOfficial tweet on OUR Kashmir & @UN. Whats there to say? Afridi is only looking for @UN which in his retarded dictionary means ?UNDER NINTEEN? his age bracket. Media can relax, @SAfridiOfficial is celebrating a dismissal off a no-ball!!!," Gambhir wrote on his Twitter handle on Tuesday.
The tweet by Afridi comes on a day when the US has taken action against Pakistani outfit by 26/11 Mumbai bomb blasts mastermind Hafiz Saeed, who roams freely in the country.
Angered by the tweet, Shahid Afridi was not only blasted by people from the cricket fraternity but also by others. The definitive last word came from fellow Indian cricketer, Gautam Gambhir. The former Pakistan skipper was reminded by twitteratis of restive Balochistan and allegations of Pakistan atrocities in the province.Afridi was not spared for using the words "Indian Occupied Kashmir". One of these tweets was from Virat Kohli - not the Indian captain but a fake handle. (UNI)

NZ fight back after England rip off top order

Warner step down as SRH’s captain after ball tampering row