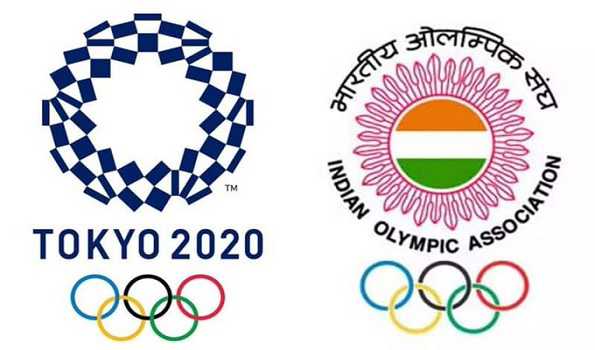 Monday, 12 July 2021 (23:40 IST)
New Delhi: The Indian Olympic Association (IOA) on Monday announced partnership with Dhyana, the startup behind the smart ring that measures the quality of meditation, for the upcoming Tokyo Olympics.

The IOA said it has acquired smart Dhyana rings and Dhyana's health management services for the entire Indian contingent for the Tokyo Olympics and is working to prioritise mental wellness and improve focus of the players amidst the ongoing pandemic.

Developed by national badminton chief coach Pullela Gopichand and biomedical technology entrepreneur Bhairav Shankar, the smart Dhyana ring is capable of measuring the amount of time one is actually focussing while in a meditation session, a release said.

The ring continuously track Heart Rate Variability (HRV), or the gap in between two consecutive heartbeats, which is further broken down into the three fundamentals of every meditation session - the quality of breathing, focus and relaxation.

'The Tokyo 2020 Olympic Games is going to be extremely challenging owing to the exceptional circumstances it is being held in.

I have always relied on the benefits of meditation throughout my entire career - both as a player and as a coach, and am confident that data-driven meditation with the help of Dhyana will greatly benefit the Indian contingent to prepare better and help them unlock their full potential,' said Pullela Gopichand, Director of Dhyana.

Dhyana rings have been used by Pullela Gopichand to help his students achieve their 'mindfulness goals', which range from improving focus, productivity to overall mental health.

This will be the first time any country has adopted a meditation partner for the Olympic Games.

'IOA is proud to team up with Dhyana to provide state-of-the-art medical-grade technology to the Indian contingent headed to the Tokyo 2020 Olympic Games”, said Rajeev Mehta, Secretary General, IOA.

'With Dhyana's support, we will provide each member of the team with the wearable meditation device which is capable of providing crucial biofeedback during meditation. Data-driven and measured meditation can help athletes in ensuring that they meditate properly for a certain amount of time every day, thereby easing stress and improving their focus and concentration,' he added. (UNI)