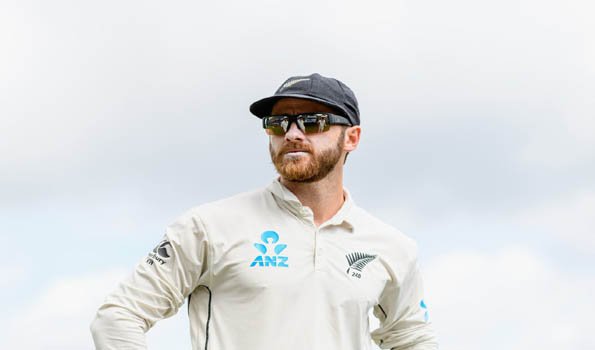 Tuesday, 2 February 2021 (21:38 IST)
Dubai: New Zealand on Tuesday became the first team to qualify for the final of the inaugural edition of the World Test Championship after Australia postponed their three-match Test series tour of South Africa due to Covid-19 fears.

The final will be held in England from June 18 to 22 with June 23 acting as a reserve day, the ICC said on Tuesday.

New Zealand are currently ranked second on the ICC WTC table with a points percentage of 70 per cent, which has secured them a place in the final. They will be joined by either India, England, or Australia with the second spot being determined by the outcome of the India v England four-match Test series due to start on Friday.

All to play for in the upcoming India v England series with three teams able to meet New Zealand in the final of the inaugural ICC World Test Championship!

Here's the breakdown, assuming a full 4-Test series with no ties and no further matches involving NZ or Australia #WTC21 pic.twitter.com/TTZFkPd1Ex

For England to qualify and join New Zealand, they will have to win the series against India by 3-1, 3-0 or 4-0 margin.

As a consequence of skipping the three-match Test series, Australia’s chances of qualifying for the final of the ICC World Test Championship has received a massive push back.

After their loss to India in Brisbane, Australia sits third on 69.2 per cent of total points contested. They can still qualify for the much-anticipated ICC WTC final if the series between India and England ends up as a drawn series, or if India win the series 1-0 or England win it by 1-0, 2-1 or 2-1 margin. (UNI)