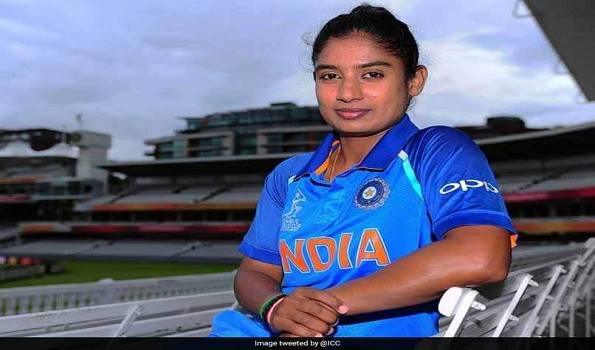 Thursday, 26 March 2020 (19:23 IST)
New Delhi:India women's ODI captain Mithali Raj on Thursday urged the BCCI to come up with a plan to organise the Women's Indian Premier League (IPL) from the year 2021, even on a smaller scale, before gradually developing it.
"I personally feel they should start a women's IPL by next year, even if it's on a slightly smaller scale and with some changes in rules, such as, say, have five to six foreign players in the first edition, instead of four, as is the case with the men's IPL," ESPN Cricinfo quoted Raj as saying.
Mithali's comments came after India finished runners-up in the Women's T20 World Cup final in Australia. Harmanpreet Kaur's team was completely outclassed by hosts Australia, who went on to claim their fifth T20 World Cup trophy in front of an 85,000-strong crowd at the Melbourne Cricket Ground (MCG).
Former skipper Sunil Gavaskar had also called for a full-fledged women's IPL from next year, to unearth the immense talent of female cricketers.
BCCI hosted a three-team women's tournament featuring sides called IPL Velocity, IPL Trailblazers and IPL Supernovas in 2019.
On the other hand, Australia have already hosted five editions of a highly-successful Women's Big Bash League. England also have their own women's T20 league -- Kia Super League that has seen four successful editions.
India doesn't have enough women cricketers for a full-fledged IPL, but Raj said it can still be conducted if the existing IPL franchises own teams to begin the process.
"I agree we don't have the depth in the domestic pool yet, but the key is to get the existing franchises to form teams, even if (only) five or six of them are keen to begin the process because in any case, the BCCI was going to have four teams," she said.
"You cannot wait forever; you have to begin at some point, and gradually, year by year, you can keep evolving the league and then bring it down to four foreign players," she added.
Raj also stressed that considering Shafali Verma's T20I exploits in the World Cup, the teenage batswoman can be considered for the ODIs.
"It's not a bad idea to consider her for the ODIs. She is young, but that should not be a criterion for not giving her opportunities in the ODI side," Mithali said.(UNI)

Can India's lockdown contain the coronavirus?