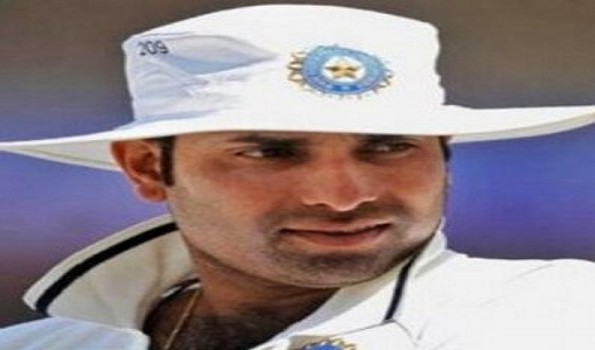 Wednesday, 15 April 2020 (12:42 IST)
Mumbai: Former Indian cricketer VVS Laxman has said he was not in the favour of
having four-day Test matches as it will not bring out desired result like the five-day format.
''I am not really a fan of this four-day Test cricket, five days fits perfect because it gets more results and reducing it the four days will not achieve the desired results according to me," Laxman said on Star Sports' Cricket Connected show.
Laxman, one of the greatest ambassadors of Test cricket also shared his thoughts on importance of toss in the longest format of the game.

''Another point aspect is the toss, especially during the overseas tour the captain from the visiting side gets to decide what he wants to choose because we want to see teams travelling and winning matches on away turf which makes it more interesting for spectators, '' he said.
The ICC cricket committee is considering an idea of introducing an idea of four-Day Test matches going into the future. The step is being considered to reduce pressure on the global cricket calendar.

However, they have not got much support from the cricketing fraternity over the same.
Earlier, the likes of Sachin Tendulkar, Virat Kohli, Gautam Gambhir and Mickey Arthur had also objected to the ICC's idea.(UNI)

Global Economy to Shrink 2.8 percent in 2020 Due to Coronavirus Pandemic - Report