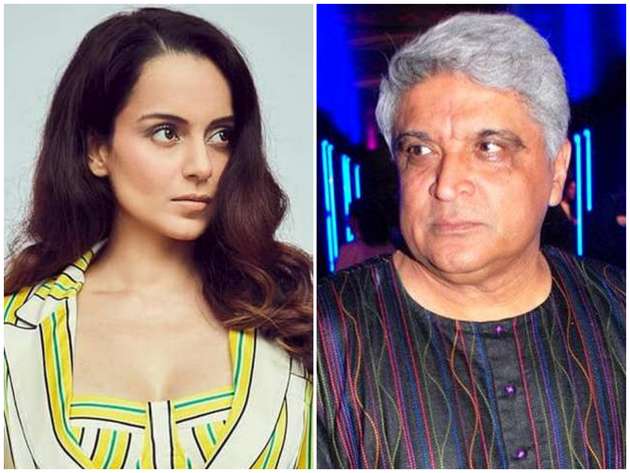 Monday, 20 September 2021 (21:40 IST)
Mumbai: Bollywood actress Kangana Ranaut on Monday filed a counter complaint in response to a defamation case brought against her by Javed Akhtar, accusing the lyricist of 'extortion and criminal intimidation'.

She has also filed a plea asking for the case to be transferred to another court because she had lost faith in the magistrate hearing the matter.

Ranaut has submitted that she had lost faith in Andheri Metropolitan Magistrate R R Khan who was hearing the matter.


In November last year, Akhtar had filed the defamation case against the actress for the remarks she had made about him during a TV interview while discussing actor Sushant Singh Rajput’s death.

Ranaut had reportedly said during interviews that Akhtar was part of a “suicide gang” and that “he can get away with pretty much anything in Mumbai”.

During the last hearing on Sept 14, the magistrate court had said it would issue a warrant against Ranaut if she does not appear in person for Monday’s proceedings.

Accordingly, the actress appeared for the hearing on Monday, but the proceedings could not be held as she filed the transfer petition.

This was the first time Ranaut appeared for a hearing in the case since she was summoned by the court in February.

In her counter complaint against Akhtar, Ranaut has alleged that during her feud with actor Hrithik Roshan, Akhtar had called her and her sister Rangoli Chandel to his home with “malafide intention and ulterior motive”.

She has also alleged that Akhtar “criminally intimidated” her and asked her to apologise to Roshan.

It may be recalled that Ranaut and Roshan reportedly broke off their relationship in 2016 and the break-up led to a public spat between the two actors.

After hearing arguments of both sides, the magistrate court has adjourned the matter till November 15. (UNI)

“Every rupee in my foundation is waiting to save a life”: Sonu Sood breaks silence over tax evasion allegation