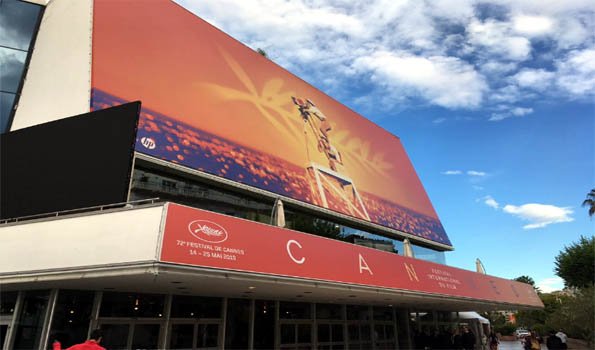 Monday, 22 June 2020 (22:27 IST)
New Delhi: Information and Broadcasting Minister Prakash Javadekar has called on foreign filmmakers to shoot more and more movies in India and contribute in the growing of the film market.
Mr Javedkar said this while inaugurating the Indian Pavilion through video conferencing at the International Cannes film festival ceremony here on Monday.Significantly, this film festival was to be held from May 12 to 23 but due to Corona epidemic it was cancelled and now the ceremony is being held again.

Mr Javadekar said that films have been a 'soft power' for India, as movies are produced on a large scale here."Foreign filmmakers should come to India and shoot more and more films here, because the diversity and richness of India will not be found anywhere in the world," he said.
"Right now 50 countries shoot movies in India, but we have to expand our film market even further and it is only possible when more foreign filmmakers shoot films here," the minister said.
"Two years ago, we have set up a single window facility center for these foreign producers where they get approval soon to shoot films in a short time," he said.

Information Broadcasting Secretary Amit Khare said,"next year is the birth centenary of legendary filmmaker Satyajit Ray and next year we will also review his films and special exhibition will be held at Cannes Film Festival."(UNI)

“If not for Salman, I don’t know how we and our families would have survived,” shares FWICE president

Javadekar assures murderer of pregnant elephant will be behind bars