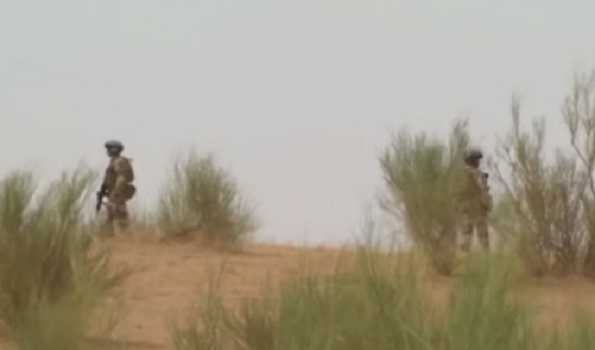 The Malian army said a vehicle packed with explosives exploded as troops went from the town of Douentza to Boni in the Mopti region. Gunmen then opened fire, killing at least 15 soldiers.

Who could be behind the attack?


Even though no-one has claimed responsibility for the ambush, it resembles a recent attack in northern Mali that killed several civilians.

Militant groups linked to Al-Qaeda have operated for years in the Sahel region that crosses northern Africa, straddling countries that include Mali, Niger and Burkina Faso.

A French led military operation had to expel Islamic extremists that took control of major towns in 2012.

Since then, the militants have launched consistent attacks on soldiers from the Mali army and UN peacekeeping forces.

These groups also target civilians living in villages on Mali's border with Niger, massacring hundreds in a number of recent raids.

What does the future hold?

With France looking to withdraw 2,000 troops from its anti-extremism force in the area, the future could be in the balance.

As the former colonial power, its troops recaptured the desert cities of Timbuktu, Gao and Kidal from rebel forces in the north during a successful 2015 operation.

Since then, two more coups d'état have rocked the country. Tribal tensions have mixed in with jihadism to further destabilize the central Mopti region, which lies about 600 kilometers (370 miles) to the east of Mali's capital Bamako.

Human rights groups have said Malian attempts to stamp out terrorism in the Mopti region have only been counterproductive.

One dead after bus with football team hit by bomb in Somalia: Reports