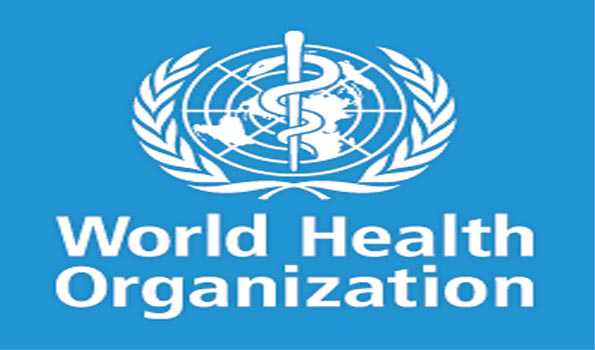 Wednesday, 7 February 2018 (11:19 IST)
Kolkata: The World Health Organization (WHO) joined individuals, organizations and UN partners worldwide in marking the International Day of Zero Tolerance for Female Genital Mutilation (FGM).
FGM has no health benefits, and it harms girls and women in many ways. It reflects deep-rooted inequality between the sexes, and constitutes an extreme form of discrimination against women. Despite this, a number of myths and misconceptions about FGM persist, which support the perpetuation of this harmful practice.
One such myth that families and individuals often wrongly believe, is that FGM would be safer if carried out by a health care provider. Some health care providers are also under the misconception that by carrying out FGM they are preventing harm to girls or women.
This could not be further from the truth. There is no medical justification for FGM, and medical practitioners carrying out FGM on girls and women are causing only harm.
Evidence shows that FGM performed anywhere and by anyone causes harm. Beyond the immediate risks, FGM can cause life-long trauma and pain for survivors – including urinary and vaginal problems, scar tissue and keloid, sexual problems (including pain during sex), increased risk of childbirth complications, and psychological problems such as depression, anxiety, post-traumatic stress disorder, and low self-esteem.
Unfortunately FGM is increasingly being performed by health care providers across the world – a so called ‘medicalisation’ of the practice. By rejecting harmful myths and misconceptions however, health workers who refuse to carry out FGM can help to safeguard the human rights of girls and women. They can even help to bring about positive change by being part of more widespread abandonment of the harmful practice.
FGM includes all procedures that involve partial or total removal of the external female genitalia, or other injury to the female genital organs for non-medical reasons. More than 200 million girls and women alive today have been cut in 30 countries in Africa, the Middle East and Asia where FGM is concentrated. This is a global problem however, which affects girls and women worldwide.
WHO is working to equip health care providers with the information and skills to be able to provide high-quality medical care and counselling to girls and women who have been subjected to FGM.
To supplement the WHO guidelines on the management of health complications from female genital mutilation, WHO is now working on strengthening the health sector response to FGM with a new practical tool, to be launched later in 2018.
WHO is also working on building evidence on the causes, consequences and costs of FGM, as well as developing and testing interventions to prevent health care professionals from carrying out the practice, how to eliminate it, and how to care for those who have experienced FGM.
WHO continues to work with other UN agencies and other partners as part of a decades-long and ongoing effort to eliminate FGM, and to advocate for the end of this harmful practice. (UNI)

Big blow to SA, Injured Faf ruled out of series against India