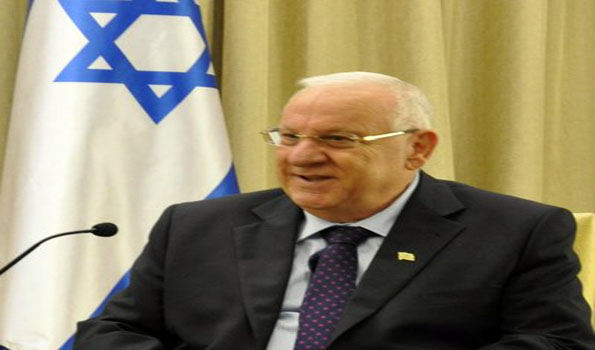 Wednesday, 7 July 2021 (16:50 IST)
Tel Aviv:  Israel's General security service released a photo of President Reuven Rivlin wearing a wig and makeup that allowed him to travel anonymously around the country.

"Israel's General Security Service (Shabak) has published a photo of President Reuven Rivlin in a wig and with makeup, taken during the president's visit to one of the Shabak operational units," the country's foreign ministry said.

In the photo, 81-year-old grey-haired and usually clean-shaven Rivlin has dark hair and a beard. The president is accompanied by several people in civilian clothes, their faces are hidden.

Israel's Shin Bet agency has disclosed that President Reuven Rivlin, who ends his term today, once went out in a fake wig and beard so he could enjoy a stroll without being recognised. They've also provided a photo of his disguise [left]. pic.twitter.com/20i5fUXR7p

According to local media outlets, the president had the opportunity to walk while maintaining anonymity thanks to this.

The information was published at the end of Rivlin's presidential term.

On Wednesday, the son of the sixth president of Israel, Chaim Herzog, the chairman of the Jewish Agency, Yitzhak Herzog, will take the oath of office. The inauguration will take place in the afternoon, after which he will become the 11th president of the country. Israeli president is elected by the Knesset for a term of seven years. (UNI)