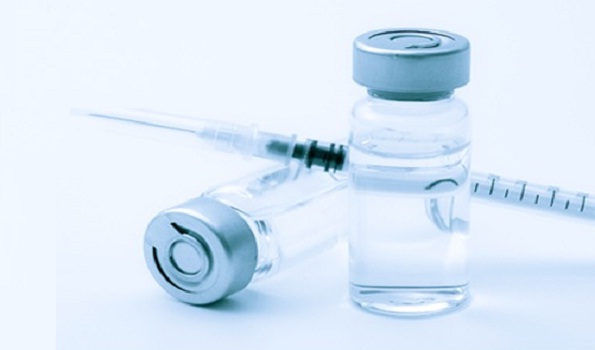 Tuesday, 25 May 2021 (21:58 IST)
Lucknow: The Uttar Pradesh Government has ordered a probe into recovery of 29 syringes filled with vaccine from dustbin in Jamalpur Urban PHC in Aligarh raising doubt whether the vaccinator pretended to give vaccine to the beneficiary and then threw the vaccine in dustbin.

"During the inspection 29 such syringes filled with vaccine doses were recovered from the dustbin by the cold chain manager," CMO, Aligarh, Dr. BPS Kalyani said on Tuesday.

Health officials say it could be a case of fake vaccination where the vaccinator (ANM) filled the vaccine dose in the syringe, pierced the body with the needle but did not inject the vaccine in the body. The vaccine-filled syringes were later dumped in the garbage.


Why the vaccinator did it is not clear.

The CMO has ordered an enquiry and has asked District Immunization Officer Dr Durgesh Kumar and ACMO Dr. MK Mathur to submit the report within three days. "After enquiry action will be taken against the guilty ANM," he said.

He said while the government insists on vaccination to prevent corona, the disgraceful act of the health department employees has brought a bad name to the district and the department. "It is not clear as to who has done it and why," he said.

The Health Department has made Urban PHC a vaccine center in Jamalpur, a Muslim-dominated area. A large number of corona infected patients were reported in this area. Three ANM were given training and deputed to give vaccine doses at the center. The PHC also has a Medical Officer as in-charge.

The center was inspected by the Vaccine Cold Chain Manager Ravendra Sharma on Saturday, who submitted his report on Monday alleging that the ANM not only misled the people in the name of vaccination, but also jeopardized the whole vaccination campaign.

Usually, most people turn their face to the other side when a nurse injects a needle. The ANM probably took advantage of this.

People between 18 and 45 years of age are being vaccinated at Jamalpur Urban PHC. On Saturday, 200 people were claimed to have given vaccines against 250 people who applied for this. The records say that 20 vials of vaccine were used.

"The records suggest zero percent wastage. This means 10 people were vaccinated from a single vial without any wastage, whereas one to two percent of the wastage is considered normal during filling and removing the vaccine from the vial," the CMO said.

The CMO said this is a serious matter and all aspects would be investigated. "This is a national programme and at the time of disaster, such an act falls under the category of treason. In addition to the legal action, the dismissal of the guilty person will be recommended,” he said.

The higher ups in the Health Department are informed about this, he said. (UNI)

“White fungus could be deadly in Covid-19 patients”