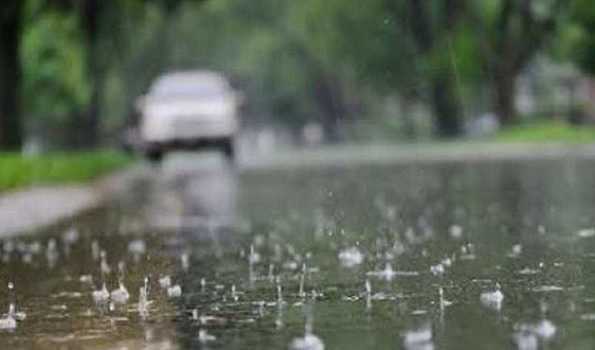 Monday, 5 July 2021 (20:37 IST)
Pune:With the Monsoon flow is very likely to gain strength gradually from July 7, the seasonal trough across the northern plains is likely to deepen leading to incursion of moist easterly winds from the Bay of Bengal up to northwest India during subsequent three days, said the Indian Meteorological Department here today.
As a consequence, conditions are likely to become favourable for further advance of Southwest Monsoon into remaining parts of west Uttar Pradesh; some more pockets of Haryana, Punjab, Rajasthan and Delhi around July 10.

The Southwest Monsoon was vigorous over Tamil Nadu and active over coastal Andhra Pradesh, while it was weak over Uttar Pradesh, Uttarakhand, Punjab, west Rajasthan, Madhya Pradesh, Gujarat, Madhya Maharashtra and Telangana.

Day temperatures were appreciably above normal (3.1 degree Celsius to 5.0 degree C) at most places of Madhya Maharashtra, at many sites of Vidarbha, at a few corners of Madhya Pradesh, Kerala and Mahe, as well at isolated locales of Uttar Pradesh, east Rajasthan, Marathwada and Telangana.

They were above par (1.6 degree C to 3.0 degree C) at most segments of Punjab, Haryana, Chandigarh, Delhi, Konkan, Goa and Karnataka, at many slices of Himachal Pradesh, Uttarakhand and Gujarat, at a few tracts of coastal Andhra Pradesh and Yanam, as well at isolated nooks of west Rajasthan, Assam and Meghalaya.

Day temperatures were below norm (minus 1.6 degree C to minus 3.0 degree C) at many sectors of Rayalaseema, at a few terrains of Odisha, Andaman & Nicobar Islands, Tamil Nadu, Puducherry and Karaikal while they were near normal over the rest of the country.
The highest maximum temperature of 43.3 degree C was reported at Chittorgarh (east Rajasthan).

Conditions not favourable yet for monsoon advance in northern parts