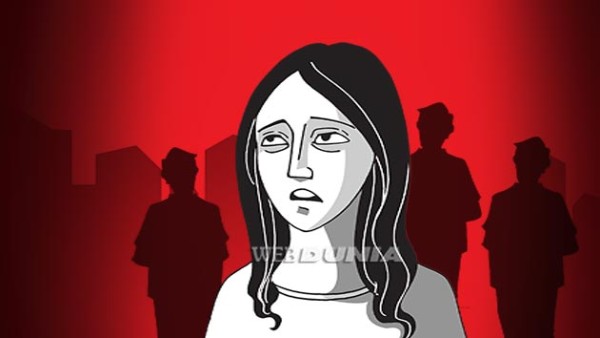 Saturday, 27 March 2021 (16:51 IST)
Bagaha:Senior Congress leader and former Union Minister Bhakta Charan Das today demanded stern action against erring policemen and immediate arrest of all culprits in a case of murder after gangrape of a tribal girl in Bagaha in West Champaran district on March
15. Mr Das, also in-charge of party affairs of Bihar along with president of Bihar Pradesh Congress Committee (BPCC) Madan Mohan Jha called.
On family members of the deceased at their residence in Bagaha and consoled them.
Bereaved family members narrated how the case was not registered for four days and they were forced to run from one police station to other following dispute over their
area of jurisdictions on place of occurrence.

Mr Das, after consoling the bereaved family members, said it was most unfortunate incident that a tribal girl was murdered after gangrape on March 15 but all culprits had not been arrested so far in the case. Officers of two police stations kept family members of the girl harassing for two days before registering the case after she did not return home till late night and they apprehended something bad happened to the girl, he added.

" Our party demands immediate arrest of all culprits of the case and stern action against erring policemen who kept harassing family members of the girl for two days to register the case", Mr Das said adding that no one was feeling safe and secured under regime of Nitish Kumar government in Bihar. He demanded from Chief Minister Nitish Kumar to take suitable steps to prevent recurrence of any such incident in future.Mr Das also called on family
members of a Congress worker Daya Nand Verna at their residence in Bettiah, who was also murdered few days back, and demanded arrest of the culprits. Name of local MLA had appeared in the case but Investigating Officer was trying to save the MLA, he added.

As it is, a tribal girl was murdered after gangrape in Bagaha by some local youths on March 15. They had burnt the face of the girl with acid before disposing off the body in a canal to destroy the evidence. One accused in the case has been arrested while others are still at large.(UNI)

Maharashtra: Transgender alleges of being raped in Nagpur central jail