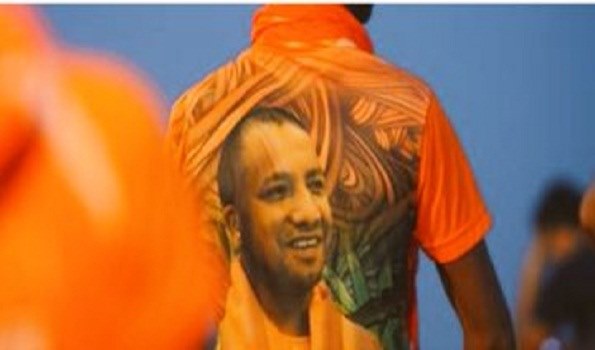 Saturday, 17 July 2021 (22:52 IST)
Lucknow: Uttar Pradesh on Saturday decided to suspend this year's Kanwar Yatra in view of the COVID-19 situation after interacting with the Kanwar unions.
The decision comes a day after the Supreme Court asked the UP government to reconsider even allowing a symbolic physical yatra given the fear of a third Covid-19 wave.
Earlier, Chief Minister Yogi Adityanath had directed Additional Chief Secretary Home Avnish Awasthi and Director General of Police Mukul Goyal to hold talks with other states, in connection with the Kanwar Yatra.
State additional chief secretary information Navneet Sehgal confirmed here on Saturday night that after an appeal by the state government, the Kanwar Sanghs have accepted the government's decision to postpone this year's Kanwar yatra.
It may be noted that last year, the Kanwar Sanghs had themselves postponed the yatra after talks with the government. This time also the government has taken this decision only with the consent of the unions.
However, the UP government wanted the Kanwar Yatra not to be canceled this time. Rather, it was in a view that the journey should be taken out under the Covid protocol. But the Uttarakhand government has banned the entry of Kanwariyas coming from outside the state.
At the same time, the UP government had permitted the Kanwar Yatra, on which the Apex Court, taking suo motu cognizance, issued a notice to the Uttar Pradesh government and asked it to file a reply regarding the Kanwar Yatra by July 19.
The top court had said that it cannot allow the Uttar Pradesh government to organize the Kanwar Yatra with 100 per cent attendance of people.
"This suo motu case has been taken because Article 21 is applicable to all of us. This is for the safety of all of us," the Court had noted.
The SC, in its order, said whether it can be reconsidered to organize the Kanwar Yatra directly, to which senior advocate CS Vaidyanathan, appearing for the Uttar Pradesh government, had given an affirmative reply and will submit an additional affidavit by July 19.(UNI)