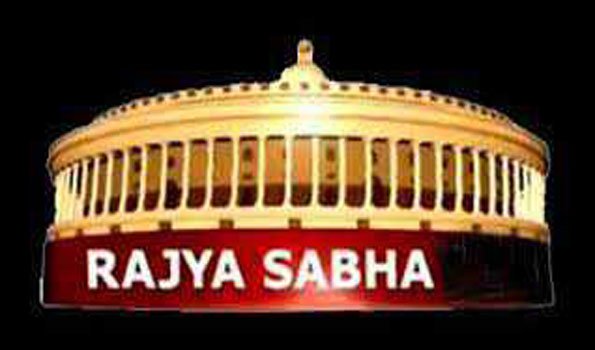 Tuesday, 2 February 2021 (11:56 IST)
New Delhi:The proceedings of the Rajya Sabha was adjoined twice on Tuesday amid sloganeering of Opposition Members demanding discussion on the new farm laws.
When the House assembled at 0900 hrs in the morning, Chairman M Venkaiah Naidu said that he has received notices of many opposition Members seeking a discussion on the Farms Bill passed by the Upper House last year.
He said it could be held in detail tomorrow when the House initiates discussion on the motion of thanks on the Presidential address.
Despite the Chairman’s ruling, some of the Opposition Members continued to insist, while the majority of them staged a walk-out.
Mr Naidu then began the ‘Question Hour’ and a discussion on the low budgetary allocation in the research in science and other fields be initiated.
At this, the Opposition Members who had walked out again entered the House and started sloganeering and insisted on the discussion on the farm laws.The Chairman said that the three Farm Bills were passed in the House last year after proper deliberation.
“These Bills were discussed for more than four hours in the House and this was on record which we can show to the Members. You can discuss it tomorrow in detail during the motion on thanks”, Mr Naidu said while trying to calm down the agitating members.
The Opposition Members refused to relent forcing the first adjournment till 1030 hrs.Soon after it reassembled at 1030 hrs after the first adjournment, Deputy Chairman Harivansh tried to pacify the agitated Members to discuss the scheduled business as the Chairman had already given the ruling that the ‘Farm Laws’ will be discussed the House starts the ‘motion of thanks’ to the Presidential address.
The adamant members refused to budge compelling the chair to adjourn the House till 1130 hrs.(UNI)