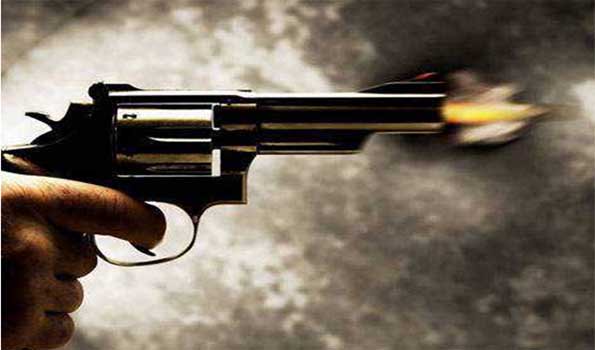 Friday, 25 June 2021 (22:13 IST)
Bareilly: A security guard posted at the Junction Road branch of Bank of Baroda on Friday allegedly opened fire at a customer who was trying to force his way inside without a mask, police said.

The customer, Rajesh Kumar, was seriously injured and admitted to the district hospital while the guard has been taken into police custody, Superintendent of Police (City) Ravindra Kumar said.

Rajesh Kumar had come to the bank for some work at around 11:30 am on Friday when an altercation took place with the guard, Keshav Prasad Mishra, who in anger shot at him, the SP said.


According to eyewitnesses, the guard was heard repeatedly shouting before he was taken into custody that the customer was trying to force his way inside without a mask and abused him when he was checked for it. The guard also said that he had to open fire when the customer forcibly entered. The SP said the customer's statement will be recorded after he regains consciousness.

Ms Geeta Bhusal, senior manager of Bank of Baroda Junction Road branch said the forensic team of the police is checking the CCTV footage. The exact status of the incident will be known only after watching the footage, she added.