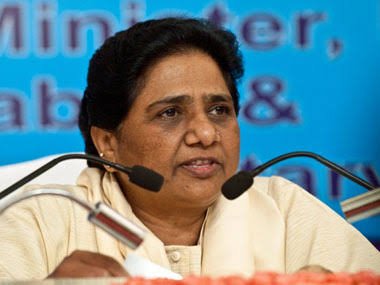 Sunday, 18 July 2021 (16:18 IST)
Lucknow: The Bahujan Samaj Party has started toeing the lines of 2007 polls when it got absolute majority in the Uttar Pradesh assembly polls.

Now BSP has announced to hold ‘Brahmin Sammelan’, starting from Ayodhya on July 23 to woo the upper caste community ahead of the UP assembly elections 2022.

BSP chief and former UP Chief Minister Mayawati has endowed the responsibility of the event on party national general secretary Satish Chandra Mishra, who is expected to kickstart the Sammelan after ‘Darshan’ of Lord Ram.


The first leg of the Sammelan will be conducted between July 23-29 in six districts of UP, in similar lines of a campaign that was held by the BSP in 2007 and tickets were given to Brahmins in adequate numbers, a senior BSP leader here on Sunday confirmed.

Around 200 Brahmin leaders and workers of the BSP recently held a meeting at the party office to discuss strategy for the polls. The 2007 strategy had borne fruits and the BSP had formed a full majority government then.

In 2007, the BSP had won 206 out of 403 assembly seats and had bagged 30 per cent votes. Its performance was not a coincidence, but a result of a well thought strategy by BSP chief Mayawati. The candidates were also announced much in advance while the party had struck a cordial cocktail of OBC, Dalit, Brahmins and Muslims.

It seems that the BSP is once again eyeing to repeat its 2007 success story in the 2022 state assembly polls. (UNI)